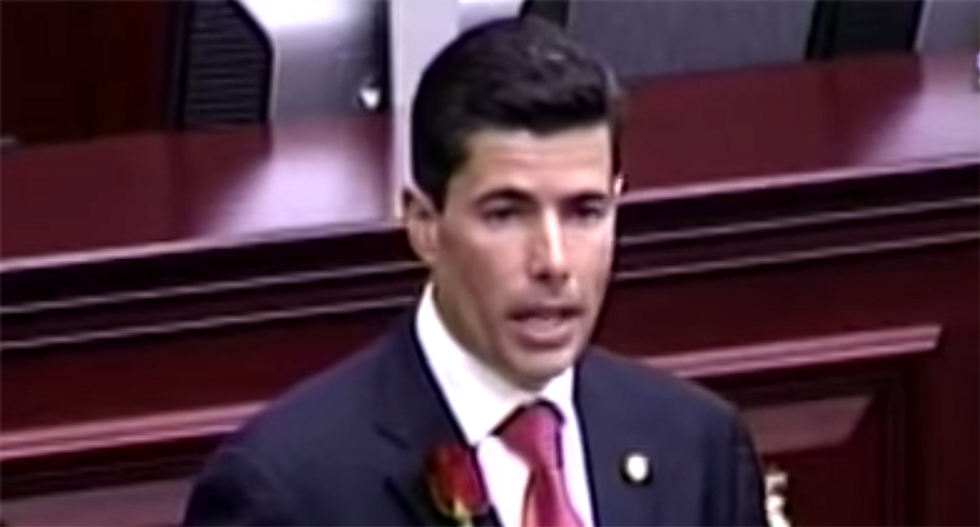 According to Oliva, when it comes to abortion, “It’s a complex issue because one has to think, well there’s a host body and that host body has to have a certain amount of rights because at the end of the day it is that body that that carries this entire other body to term. But there is an additional life there.”

Way to make clear which body matters more there, guy.

He probably thinks he’s being magnanimous conceding that pregnant women—pardon me, host bodies—have any “certain amount of rights” at all. “And the question that we have to ask ourselves is,” Oliva went on to say, “What is the limit to which we are going to give one person complete power over the life of another?” Apparently his answer is that “we” should give the government the power to force women—pardon me, host bodies—to carry pregnancies to term and go through labor and delivery. That too is power over the life of another, and power which this self-described small-government conservative gleefully embraces.

And let’s not miss the fact that while a woman is a host body, nowhere does he describe a fetus as a parasite, which would seem to follow from his preferred terminology for women. Except that, again, it’s clear who he thinks matters here, and it sure as hell isn’t the host bodies or the minds or hearts or souls that animate them.