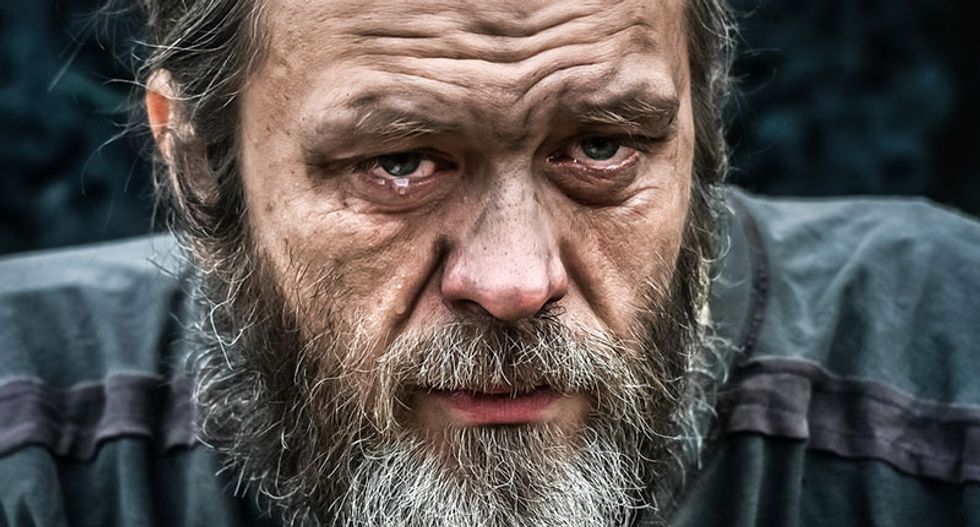 I believe in having an economic system that works for everyone. It must be Democratic. The best one is a hybrid featuring free enterprise and a robust safety net, a system unable to hoard capital, which is a detriment to the economy as a whole.

Everyone should have the ability to create their own company if they so desire, using their intellect and labor to get compensation commensurate with their efforts. Many who read some of my anti-corporate/anti-capitalist rants likely believe that I am a blowhard who wants a socialist state, where the takers abuse the makers. That is not so. What is clear is that the food stamp con artists share much in common with most of the unfettered capitalists: They are takers by design. They both profit from the labor and intellect of others (e.g., taxpayers and employees).

Too many are resistant to change because they believe that our economic system is divine and untouchable. It is not. It is "man-made," and it is imbued with features to ensure only the chosen can succeed. The plutocrats, via the tenets of the Powell Manifesto, brainwashed many into believing that those who work the least, as long as they wear a suit and are in an "acceptable" economic space, are worthy of their income, wealth, and riches. That indoctrination has caused us to disparage the ever-growing discards of a failing system, blaming them unfairly for the failures of our economic model.

Progressives are scared to call out capitalism by name, just like they turn into deer in headlights when the GOP calls them socialists.

I looked up definitions of socialism, communism, and capitalism, just for amusement. Of course, the dictionary definitions tried to make communism and socialism similar. They are not. But what grabbed my eyes was the following, from Investopedia:

"Both are the opposite of capitalism, where limitations don’t exist and reward comes to those who go beyond the minimum. In capitalist societies, owners are allowed to keep the excess production they earn. And competition occurs naturally, which fosters advancement. Capitalism tends to create a sharp divide between the wealthiest citizens and the poorest, however, with the wealthiest owning the majority of the nation's resources."

How difficult is it to turn "owners are allowed to keep the excess production they earn" into the phrases "stealing from," "moocher," "taker," or similar pejoratives? After all, the plutocrats or capitalists are enriching themselves via the intellect and labor of others.

Ironically, as they take their unearned spoils, many of their employees are working several jobs to keep up, or relying on food stamps. This truth is not rocket science. It is the same pathology that keeps many majorities at the behest of immoral minorities (read: South Africa).

I know many will take exception. After all, didn't Bill Gates’ and Steve Jobs' intellect create mega computers that revolutionized efficiency and productivity? Again, that is what you were taught to believe. Bill Gates and Steve Jobs were good at what they did. But most importantly, they were chosen—and then their monopolies froze most out of their markets.

Does anyone believe that only a few dozen Americans have the intellect and insight to do what they did? Just like thousands of churches have singers as good or better than Mariah Carey but aren’t plucked from obscurity for fame and fortune, the same applies to technology.

The GOP does an outstanding job at turning words used by progressives into pejoratives. We must do the same with their words. Interestingly, we would not have to use Cuba or Venezuela to prove the failure of the economic system. We only have to ask average citizens to look at their paychecks, bank account statements, and credit card bills over time.

Pricing of any product in our economic system has its basis on a corrosive concept known as "Whatever the market will bear." And what will the market bear? All of your income plus your total creditworthiness, how much you can borrow.

Sadly, the reality is that corporations whose fiduciary responsibility is to their shareholders and their huge undeserved salaries will keep raising prices until people are simply unable to afford what they are selling. If it is something they must have, Americans will spend up to their limit to get it.

The tenets of the current economic system are predicated on this behavior that effectively prevents us from saving. It makes us entities that are nothing but conduits of our income used to create the increasing wealth of a few, those who determine prices, the Plutocrats.

Ultimately, those with unregulated and unlimited pricing power on necessary products and services can ensure the rest of us will never accumulate wealth. They own you. They can extort you.

The above reality defines our economy, which has evolved into an odious form of capitalism. The proof is a continual decline in the wealth of the masses as the few get a more significant percentage. If this remains unchanged, math will prevail. Welcome to indentured servitude.