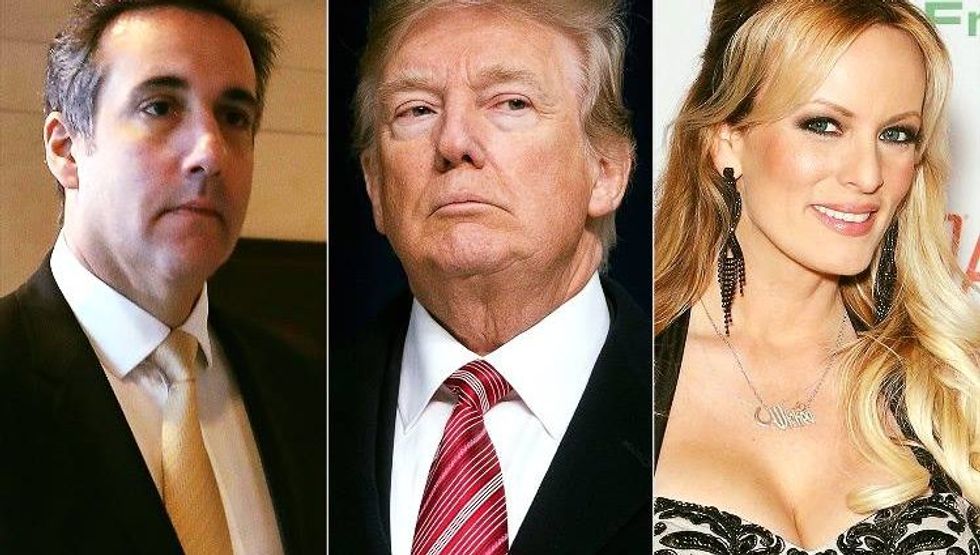 On March 18, Pennsylvania State Rep. Brian L. Ellis resigned because of allegations that he sexually assaulted a woman when she was incapacitated. The Dauphin County District Attorney’s Office launched a criminal investigation in January, and the woman who filed a complaint against the Pennsylvania Republican said she “was in a state of blackout” when the alleged assault occurred. Politically, Ellis is far from centrist: he is a hardcore social conservative who, in 2017, received a 0 rating from Planned Parenthood Pennsylvania Advocates. But Ellis is only one of the many right-wing culture warriors to be caught up in a sex scandal.

Although some Democratic sex scandals have occurred in recent years—for example, former Rep. Anthony Weiner went to prison after pleading guilty, in 2017, to sending sexually explicit material to a minor—many of the most shocking sex scandals have come from far-right Republicans. And in most cases, they weren’t libertarian right-wingers, but severe social conservatives and culture warriors.

When Republican Roy Moore ran against centrist Democrat Doug Jones in Alabama’s 2017 Senate race, he was accused of having sexually pursued adolescent girls when he was in his thirties. Moore’s alleged behavior was so creepy that he was reportedly banned from a shopping mall. Regardless, Moore was endorsed by Trump and far-right Christian fundamentalists.

When Dennis Hastert served as speaker of the House of Representatives in the 2000s, he was a fierce culture warrior with an anti-gay, anti-abortion record. But in 2015, Hastert was accused of sexually abusing teenage boys during his years as a high school wrestling coach. The former House speaker admitted to sex abuse but was sent to prison for financial crimes, and the judge in the case, Thomas M. Durkin, described Hastert as a “serial child molester”—lamenting, “Nothing is more stunning than having ‘serial child molester’ and ‘speaker of the House’ in the same sentence.”

3. Newt Gingrich was a serial adulterer

When Newt Gingrich was House speaker in the 1990s, he relentlessly attacked President Bill Clinton for cheating on his wife, Hillary Rodham Clinton, with White House intern Monica Lewinsky—insisting that because Clinton disgraced the presidency, he was unfit for office. But Gingrich, it turned out, had a long history of adultery: he cheated on his first wife, Jackie Battley, in the 1980s, and later cheated on his second wife, Marianne Ginther.

Known for promoting bogus “conservation therapy” for gay men, the Rev. George Alan Rekers has been active in the Rev. James Dobson’s Family Research Council as well as the anti-gay National Association for Research and Therapy of Homosexuality (NARTH). But Rekers didn’t practice what he loudly preached: in 2010, Rekers cheated on his wife when he used Rentboy.com (a gay website) to find a male travel companion for a trip to Europe. And the escort told the Miami New Times that he had sex with Rekers during the trip.