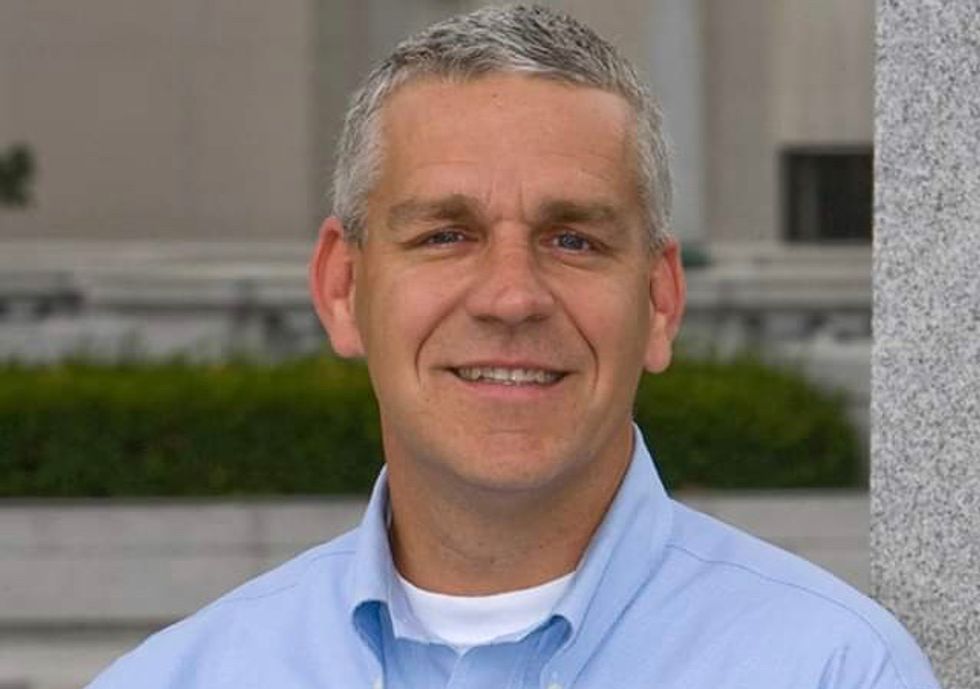 "It is with immense gratitude to the sacrifices made by my family, the support of my constituents, and the friendship of my colleagues that I have concluded that it is in the best interests of my family, the residents of the 11th House district, and my own health that I resign from the General Assembly," Ellis said in his letter to state House Speaker Mike Turzai.

In January, Ellis was accused of sexually assaulting an incapacitated woman. Christine Wechsler, the woman's attorney, says that her client believes Ellis forced himself on her after her drink was drugged at a Harrisburg bar in 2015, after which she woke up in Ellis' bed with no memory of having gotten there.

Ellis' alleged victim does not wish to be named publicly, although she is reportedly a state government worker who did not work in Ellis' office. The law firm representing him previously called the allegations "just plain false" and a ploy to "generate sensational press coverage."

Ellis' Republican colleagues in the state House have said prosecutors are investigating. Shortly after the allegations were made, Democratic Gov. Tom Wolf called on Ellis to resign, and GOP House leaders agreed, stripping him of his chairmanship of the Consumer Affairs Committee. Congressman Mike Kelly, whose district includes Ellis', was more hesitant, saying "Maybe Brian can clear his name," but adding "If it did happen, of course there are consequences."

For the past several weeks, Ellis has been on paid medical leave.

"We finally saw a survivor come forward, and she was believed, and treated with dignity and respect by the House — and we are seeing a real-life consequence to that," said Jennifer Storm, the Pennsylvania Victim Witness Advocate. "In cases involving allegations against public officials, unfortunately, the M.O. has just been to kind of ride it out. That didn't happen here."

'That's not our job': Milley delivers a brutal reality check when Tom Cotton asks why he didn't resign over Afghanistan