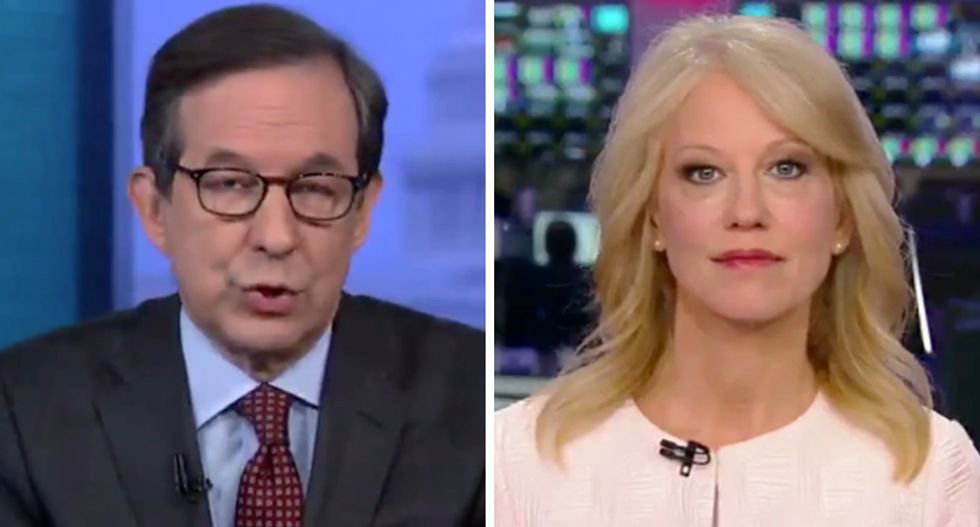 “The special counsel cleared the president on collusion, absolutely no question about it. But he especially did not clear him on the question of obstruction, so why is the president telling Americans something that is not true?” Wallace pressed.

As Conway insisted Trump had not fired special counsel Robert Mueller, Wallace pulled her up short.

“Now Kellyanne, wait, but I’m asking you specifically about obstruction, and I don’t mean to interrupt, but I do want to keep you on point,” Wallace said.

“It’s not in there,” Conway shot back

“Well the president is probably comparing that report, and the ultimate conclusions of no conspiracy, no collusion, no contact with any Russian at a campaign that I managed into its final successful phases,” Conway complained. “And [I] have always been offended that anyone would think that we would cheat lie steal or talk to any Russians, that’s ridiculous and always was."

“Well there is no Barr report, Barr is simply summarizing Mueller, and Mueller says that it did not exonerate him,” Wallace replied.