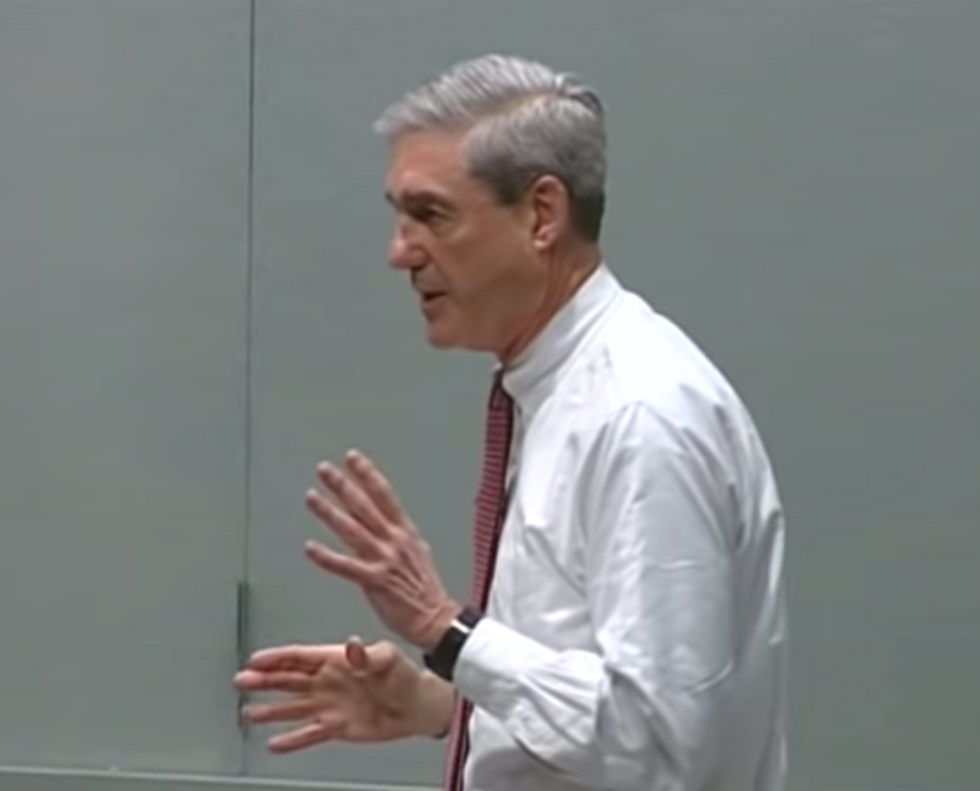 Former federal prosecutor Elie Honig argued in a CNN column Wednesday that in light of expectations that Special Counsel Robert Mueller will soon be releasing some form of a final "report" on the Russia investigation, the country may be heading for a "legal showdown" over its contents.

That's because Rudy Giuliani, a lawyer for President Donald Trump, has suggested that the White House and perhaps his own team should be allowed to review the report to see if any part of it is covered by executive privilege. (Trump himself, perhaps in a flub, has suggested that, in fact, the report can simply be released without this review.)

Honig noted that when President Richard Nixon tried to use claims of executive privilege to shield himself from investigators' scrutiny, the Supreme Court knocked down his arguments 8-0. But the circumstances of this case and the makeup of the Supreme Court are different now, so it's impossible to predict with certainty how the outcome of a legal battle over executive privilege would resolve.

If they do see the report in advance, Trump's legal team likely will assert executive privilege over communications between Trump and his close advisers, including conversations relevant to potential obstruction of justice with former White House counsel Don McGahn (who reportedly refused Trump's order to fire Mueller), former acting Attorney General Matthew Whitaker (reportedly the recipient of Trump's ire over the Southern District of New York's investigation of Michael Cohen) and others. It is possible that Barr decides on his own to accept Trump's assertion of executive privilege over portions of the report. But Barr could reject those assertions, setting the stage for a legal showdown.

Honig doesn't mention it, but a fight with Bar could also result in Trump's firing of his attorney general. That would be a politically risky move, but it can't be ruled out.

"If the case goes to the Supreme Court, we will see a legal showdown with the highest of stakes," he wrote. "The content of the Mueller report, and the future of Trump's presidency, could hang in the balance."

There's another potential route to a legal showdown that Honig didn't mention: a subpoena from Congress. He pointed out that it's up to Barr to release what he wants of Mueller's conclusions, but Democrats in the House will certainly fight tooth-and-nail to see anything he tries to hide. In fact, the House of Representative recently voted unanimously to call for the full disclosure of the report, so it will be difficult for the administration to keep any part of it buried. If it makes an attempt to subpoena the report, the battle could also wind up in the highest court.

These scenarios make clear that, as much as everyone is anticipating a big final reveal in the "Mueller report," it may still be a long way off, even if the special counsel is indeed wrapping up. A court battle about the report's contents may drag on into the foreseeable future.