‘Florida Man’ jokes are an excuse to laugh at the poor 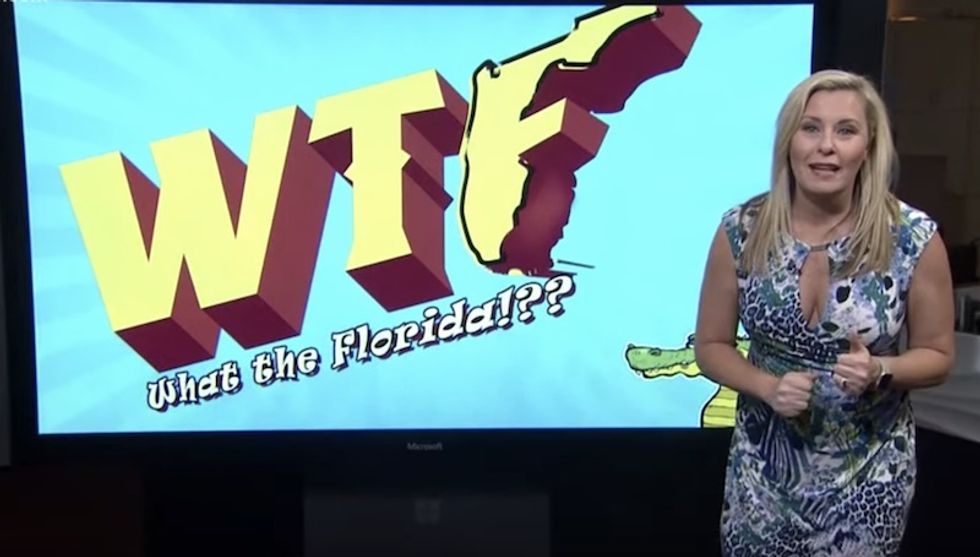 “Another tedious, liberal, PC scold,” you may think as you read the headline for this piece. “Why can’t we just have fun and enjoy a hilarious meme in peace?” Well, you can enjoy “Florida man” all you want, but by any objective metric, it’s worth noting that “Florida man” memes—just like all “dumb criminal” or “weird crime” stories—are little more than a socially acceptable way of gawking at and belittling the dispossessed and indigent.

At the very least, it’s a possibility worth examining—if you would indulge me. The general premise behind “Florida man” memes and jokes is that Florida, for whatever reason, produces uniquely wacky news stories. It’s an online bit that goes back more than a decade, leading to a popular twitter account, @_floridaman, and thousands of glib internet cracks. Everyone’s in on the joke, especially people from Florida. A recent tweet by @g_pratimaaa, making a game out of the name by typing in one’s birthday, has reignited the meme on Twitter, resulting in write-ups in Time magazine, Tampa Bay Times, NBC Palm Beach, USA Today.

But any cursory survey of “Florida man” stories reveals that the butt of the joke the vast majority of the time isn’t Florida, but simply poor people, typically those with likely drug or mental health problems. So as not to be accused of cherry-picking, I’ve highlighted the “Florida man” stories referenced in the above Tampa Bay Times story:

Look at the details of these stories, the pictures, the neighborhoods where they take place. Without speculating on the specifics of each subject’s mental health or possible addiction status, can anyone honestly argue both aren’t a major component in most of these cases?

Typically, these stories are accompanied by a pretrial mugshot, which often goes viral and— invariably and without fanfare—ruins the reputation of the party being mocked. The cases involve varying degrees of criminality, ranging from innocuous public intoxication arrests to murder, but none of this matters—a zany mugshot and an absurd headline is all that’s wanted. The details or mitigating circumstances are of little import.

In January, for media watchdog Fairness and Accuracy in Reporting, I interviewed three people whose lives had been ruined by viral mugshots. This genre of clickbait may seem trivial or “just for fun,” but these stories involve real human beings with real families and real nuances and complexity and, very often, real mental health or drug problems. And while we may view this type of story as a harmless joke, having spoken to those upended by our viral tabloid story obsession, I can assure you it’s not. Goofy “dumb criminal” stories—the close cousin to “Florida man” stories—in all their iterations feed a culture of indifference toward incarcerated people and the poor.

Two material factors likely lead to “Florida man” being a thing in the first place. First is that Florida’s famously transparent “sunshine laws” make the details of criminal cases easily accessible to journalists. Reporters, desperate for content, can effortlessly search for the most sensational and bias-reinforcing cases. Transparency is laudable, but in these instances, it effectively streamlines and packages the worst aspects of people’s lives for ethically dodgy reporters window-shopping for the grossest headlines.

The second and more morally relevant factor is that Florida is in the midst of a major mental health crisis and has been for a long time. According to the Orlando Sentinel, “Florida ranks 49th among the states for mental-health programs, spending $37.28 per person last year. Mississippi spent four times as much on its mentally ill.” Additionally, according to one life insurance company study, Florida ranks 41st in support for those affected by drug addiction. From its lack of mental health and drug treatment programs to its laws that barred thousands of people from voting due to felony convictions to its push for drug testing the poor for welfare benefits, Florida is notorious for having some of the country’s harshest systems for those on the margins of society.

The reason Florida seems to have more “bizarre news” stories is because it leaves tens of thousands of people with financial, mental health and drug problems to fend for themselves, and then, under the banner of transparency, hands over the inevitable result of this lack of support to a click-hungry press. To paraphrase another viral tweet, it monetizes the rot.

“Florida man” isn’t an accident. It’s the logical byproduct of a state whose politics have been defined by cruel, racist indifference to the poor for decades.

The privileged, as a general rule, love proxy language that permits them to engage in bullying and mockery that would otherwise be socially frowned upon. For decades, white sports writers have criticized “spoiled,” “lazy” basketball players because they can’t openly attack “uppity” blacks—with nary a word on the shortcomings of billionaire white owners. The viral “Thug Kitchen” sensation from five years ago allowed white liberals to openly mock African-American Vernacular English until, one day, we realized it was super racist. White men love to use “white women” as a punchline, frequently as a pseudo-woke means of simply mocking women. I am, I admit, guilty of doing so myself.

We need to be aware of these proxies and what we’re really talking about when we make light of and dehumanize an ostensibly nonracialized, class neutral, gender agnostic target. Are we really mocking Florida, or using it as shorthand for the poor and mentally unwell? Are we creating a culture that values human life or one that takes people’s worst moments and turns them into viral chum?

If you think this is too self-serious and buzzkill-y, fair enough. But while gawking at the dispossessed and mentally unwell, let’s at least be honest and admit that this is what we’re actually doing.