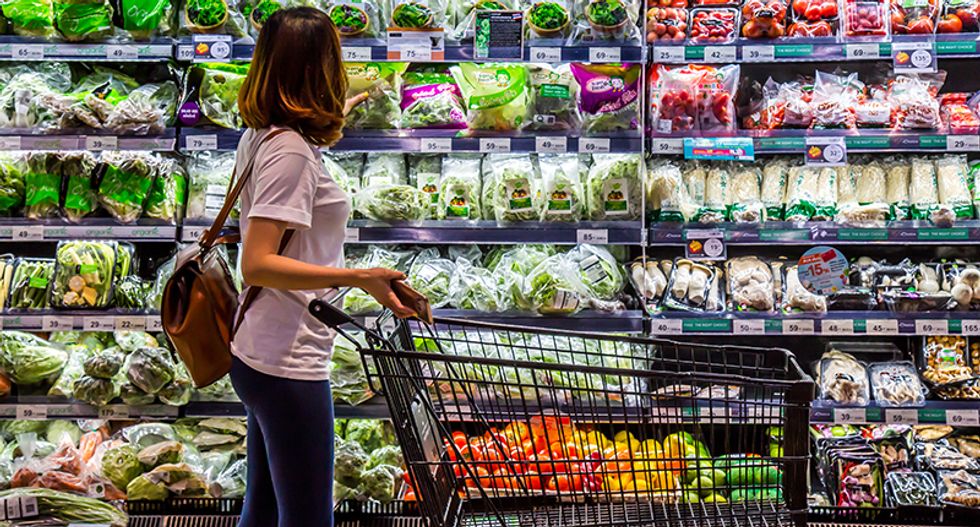 Americans are no strangers to food additives: the preservatives, coloring and flavoring agents that keep foods looking fresh and taste better. A product of our desire for fast, cheap and satisfying eats that underscores our detachment from actually fresh, locally sourced foods, they are found in everything from nutrition-boosting salad dressings to McDonald’s French fries. But are they safe?

In ancient times, additives may have been used not only to make food more flavorful but to keep it safe for consumption, too. Bruce Eaton, a retired professor of biochemistry at the University of Colorado, Boulder, points out that “the proliferation of the spice trade, which began as early as 3000 B.C., led to increasing demand for additives to enhance the taste of food,” adding that, “historical records … include the use of spices to preserve meat and inhibit the growth of bacteria.”

Fast forward to the 20th century. As the U.S. diet became more synthetic, processed and commercialized, food additives became more common. In 1958, Congress passed the Food Additives Amendment to the Federal Food, Drug, and Cosmetic Act, requiring the Food and Drug Administration (FDA) to approve all additives used in food production. To date, there are hundreds of FDA-approved food additives, ranging from vitamin D3 (a nutritional supplement found in beverages like orange juice) to sulfaquinoxaline (an antibiotic used for livestock and poultry), and another list of approved color additives.

Though these additives exist in trace or larger quantities in nearly every packaged food we consume, after they are approved, there isn’t enough research to understand their long-term health effects. Now, however, regulators are moving in.

Following pressure from several environmental and consumer safety groups, the FDA in October 2018 opted to ban seven synthetic food additives known to cause harm—synthetically derived benzophenone, ethyl acrylate, methyl eugenol, myrcene, pulegone, pyridine and styrene—ingredients you typically don’t see on food labels since they’re grouped together under the term “artificial flavors.” Food companies have 16 months to remove the additives from their products. While that’s welcome news for food safety advocates, it means that the newly banned ingredients, which have been proven to cause cancer in lab animals, will still be ingestible in the United States for all of 2019.

But don’t panic just yet. Like so many terms in nutrition, the word “additive” isn’t inherently negative. “Additives can come from natural sources, can be mimics of natural products or they can be synthetic,” says Emma Beckett, a molecular nutritionist at the School of Environmental and Life Sciences at Newcastle University in Australia. She points out that plenty of poisons are, in fact, 100 percent natural, such as mushrooms.

“There are rules about testing additives and limits to their use so that even if someone ate lots of processed foods with additives, they wouldn’t be exposed to large amounts,” Beckett says. “That said, ‘no known risks’ doesn’t mean ‘no risks.’ Foods and additives—and their role in health and disease—are constantly under scientific investigation and review.”

A banned additive could be lurking in your favorite processed snack, but before purging your kitchen, Beckett recommends reframing the way you think of the FDA-approved food labels. “‘Banned’ makes it sound scary, but rather, the [additives] were ‘delisted,’” she says.

Styrene is an example. Classified as a “reasonably anticipated” human carcinogen in 2011 by the U.S. National Toxicology Program, it was delisted in this recent batch as the additive is no longer used in the food industry.

The other six additives the FDA removed from the approved list are often used in trace amounts, like pulegone, used to flavor mint gums, and methyl eugenol, found in commercially-baked goods, vinaigrettes and more. The amount of methyl eugenol found to cause liver cancer in lab rats would likely never be present in similar proportions in human food, but additives as a buzzword get special attention due to the 1958 Food Additives Amendment, which requires any food additive known to be carcinogenic to subsequently be banned. Sugar, processed meats and alcoholic beverages are all food products linked to cancer risks, but they still remain rampantly available in U.S. supermarkets.

“The phaseout is safe because [these additives] are only in foods at very low levels, levels much lower than will cause cancer,” Beckett points out about the additives still on shelves for the next year or so, though she believes food companies will be eager to phase out the additives sooner, thanks to the bad PR and public perception of risk. “Remember that the dose makes the poison. The phaseout will allow time for manufacturers to change their products, but it is likely many will change sooner to avoid losing customers.” Removing the additives is “unlikely to change the taste of foods dramatically,” Beckett says, though the texture, appearance or shelf life may be altered.

Common nutritional guidance points to eating whole foods; that is, food that hasn’t been tampered with in any way (i.e., a piece of fruit rather than a “fruit snack”) to avoid any potentially dangerous additives, but Beckett points out that the advice is classist and not always implementable. “Advice like that comes from a very privileged position; many of us need to buy processed foods that won’t perish to keep within our food budgets,” she says.

So while our food system heals and hopefully moves toward a time when everyone has access to fresh, healthy, local and whole food that’s affordable, it’s best for consumers to know how to read package labels, avoid unfamiliar ingredients when possible and stay informed on current food policies. As food scholar Michael Pollan recommends, don’t eat anything your great-great-great grandmother wouldn’t recognize as food.