'False flag operation': Was the US wrong to blame the Venezuelan president for burning AID trucks? 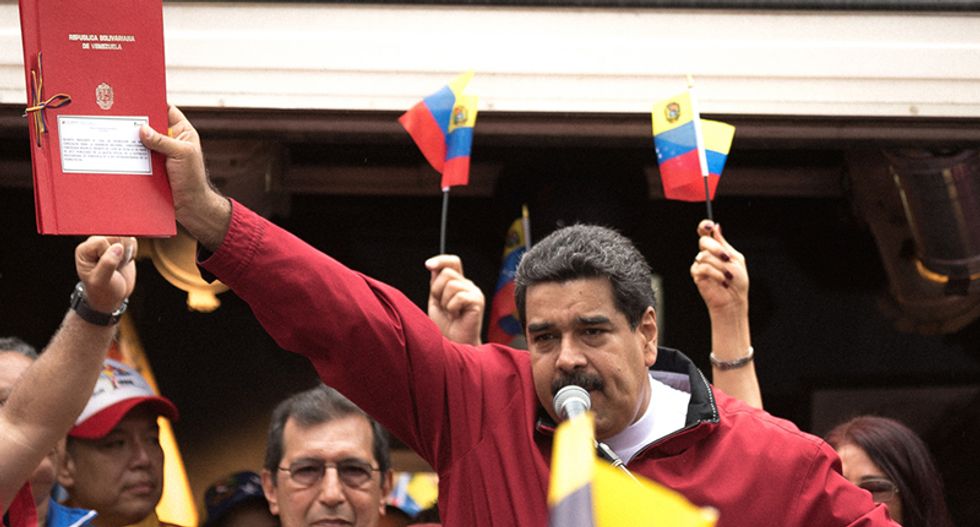 On February 23, a caravan of large cargo trucks was crossing a bridge from Colombia into Venezuela delivering food and other aid when they dramatically went up in flames. US officials seized upon the event as evidence of a "sick tyrant" stopping food from getting to hungry people:

The US State Department released a propaganda video:

Now is the time to act in support of the Venezuelan people and to get vital, desperately needed humanitarian assist… https://t.co/RHnBrlAVMf
— Michael G. Kozak (@Michael G. Kozak)1551037150.0

The New York Times is reporting Sunday that the fire was actually started by supporters of oppostion leader Juan Guiado.

"Unpublished footage obtained by The New York Times and previously released tapes — including footage released by the Colombian government, which has blamed Mr. Maduro for the fire — allowed for a reconstruction of the incident. It suggests that a Molotov cocktail thrown by an antigovernment protester was the most likely trigger for the blaze.  At one point, a homemade bomb made from a bottle is hurled toward the police, who were blocking a bridge connecting Colombia and Venezuela to prevent the aid trucks from getting through.  But the rag used to light the Molotov cocktail separates from the bottle, flying toward the aid truck instead.  Half a minute later, that truck is in flames.  The same protester can be seen 20 minutes earlier, in a different video, hitting another truck with a Molotov cocktail, without setting it on fire."

Many of Mr. Maduro’s critics claim that he ordered medication set on fire during the border standoff — even though many of his people have died of medicine shortages in hospitals. Yet the claim about a shipment of medicine, too, appears to be unsubstantiated, according to videos and interviews.  The United States Agency for International Development, the principal supplier of the aid at the bridge, did not list medicine among its donations.

“They tried a false flag operation, that supposedly the people of Venezuela had burned a truck carrying rotten food — no, no, no — it was they themselves, it was the criminals of Iván Duque,” Mr. Maduro told a crowd, referring to Colombia’s president.

Here is the NY Times video: