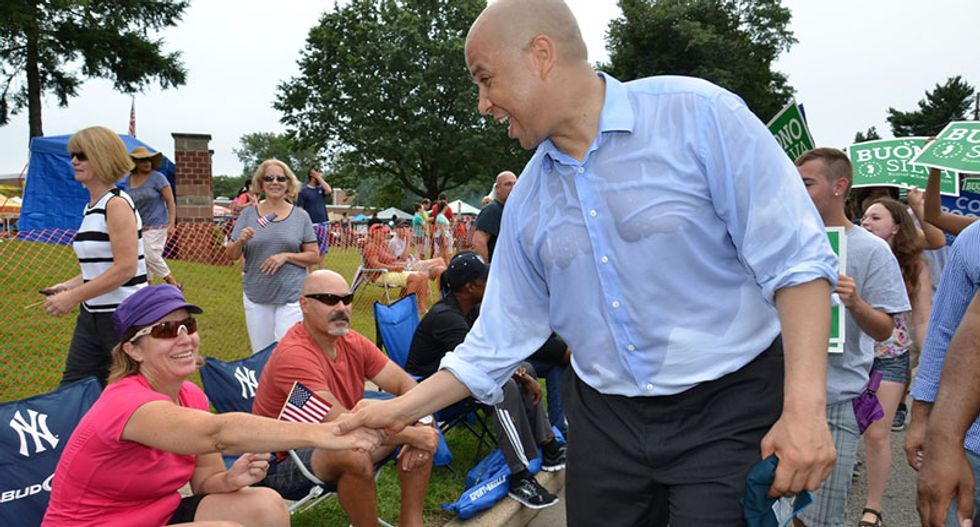 During the town hall, Booker was on the verge of tears talking about gun violence in America.

"I was terrified to send my daughter to school when she began kindergarten this year," an audience member named Rachel Morey said. "It's devastating that my 6-year-old had to be taught how to hide and stay quiet in case someone came to her school to shoot people. How can we talk about being free in this country when we have to leave each day in fear of gun violence in schools, places of worship, concerts, and even from law enforcement? What is your plan to ensure our safety and freedoms?"

Booker responded by saying that he would fight the NRA on gun regulations and laws.

"If I'm your president, we're going to bring the fight to the NRA who wants to represent corporate gun owners, manufacturers, more than they want to represent the people because this is what they're doing to Americans," he said.

Watch below via CNN: