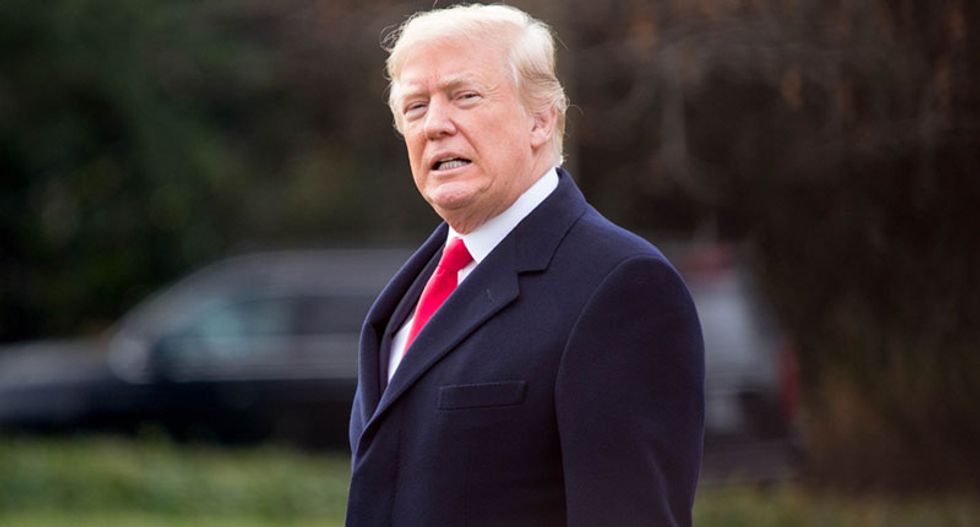 Democrats are unleashing a deluge of investigations into President Donald Trump's businesses, behavior, and conflicts of interest — setting up the potential for a years-long struggle with the White House and its allies for potentially damning information about inappropriate or criminal acts.

With Trump in the Oval Office, these investigations seem to have a singular outcome as their goal: impeachment. But as many political commentators have noted, the two-thirds of the Senate needed to vote for removal appears to be an insurmountable barrier for an impeachment effort in the foreseeable future, given the GOP's devotion to the president.

Yet even with impeachment likely to be a doomed effort, conservative columnist and Trump critic Jennifer Rubin warned Republicans on Monday that the party has a lot to fear from the congressional inquiries.

"Republicans seem not to appreciate that there are things much worse for Trump than a failed impeachment and removal effort," she wrote in the Washington Post.

She pointed to comments this weekend from Rep. Jerry Nadler (D-NY), the chairman of the House Judiciary Committee, where impeachment proceedings would begin. He argued that the evidence is clear that Trump has obstructed justice, but that it's not appropriate yet to move forward with impeachment. Instead, he argued, the investigations serve, in part, to convince members of the opposing party that the accusations of high crimes or misdemeanors is not merely a partisan attack.

"We may or may not get there," he said. "But what we have to do is protect the rule of law."

"The investigation is a goal unto itself, for it reveals to voters the nature of this presidency and allows them to hold him accountable at the ballot box," explained Rubin.

Were Democrats to move forward to impeachment, they may well find enough support in the House of Representatives to send the case to the Senate. Democrats might even be able to rope in a few Trump-skeptical Republicans to vote for impeachment, like Rep. Justin Amash (R-MI). But undoubtedly, at this point, the Senate would vote against removing Trump from office.

A failed impeachment effort could make the Democrats look desperate and weak while Trump could use the proceedings to shore up his support within his party, even among Republicans who aren't his biggest fans. This is why the Democratic leadership has been so hesitant about calls for impeachment — they fear it will backfire, even if there is justification for removing Trump.

But as Rubin pointed out, exposing Trump's duplicity and the GOP's complicity could be a major advantage for Democrats' congressional investigations. The same forces within the GOP base that protect Trump from removal could work against the party if congressional investigators continue to expose Trump's criminal and otherwise objectionable actions. While Republicans bend over backward to defend the president in order to please their base voters — the people they need to mollify if they're to withstand primary challenges — they will alienate the rest of the voting public.

That would put them at a severe disadvantage when it comes to the real test of whether Trump can remain in office: the 2020 election.

In the meantime, the investigations could ensnare even more Trump allies than they already have. And once he's out of office, there would be no question that Trump is vulnerable to indictment for any crimes Congress might uncover.