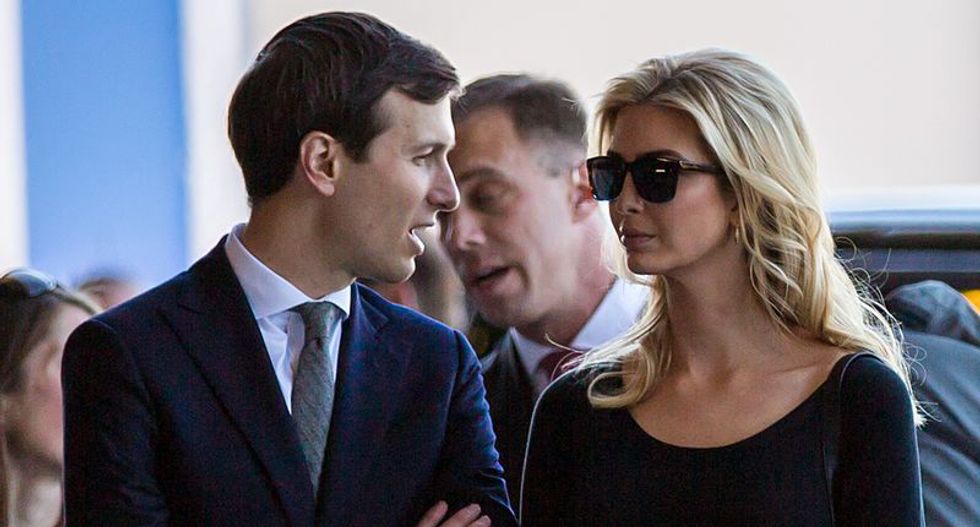 A conservative pundit and political analyst says Jared Kushner is using his role as White House Senior Advisor to the President to travel around the world pretending to be working on a Middle East peace plan, but actually is working to obtain contracts for post-presidency Trump family businesses.

Calling it a "con job," MSNBC political analyst Rick Tyler said, "Jared Kushner is not out securing peace in the Middle East or securing peace with Saudi Arabia, he's out to secure contracts for a post-presidential business, both for him, for Ivanka, for himself, for his family, and for Donald Trump."

“This is what grifters do,“ said Tyler, who once served as National Spokesperson and Communications Director for Senator Ted Cruz's presidential campaign.

Kushner "is good at one thing: securing business finance contracts," he noted.

MSNBC's Stephanie Ruhle noted that Kushner is "good at securing business contracts, but on the other side he can offer U.S. Government leniency – we have to remember that."

President Trump and First Daughter Ivanka Trump have both lied, saying the President did not intervene to order Kushner be granted the security clearance he should not have been entrusted with.