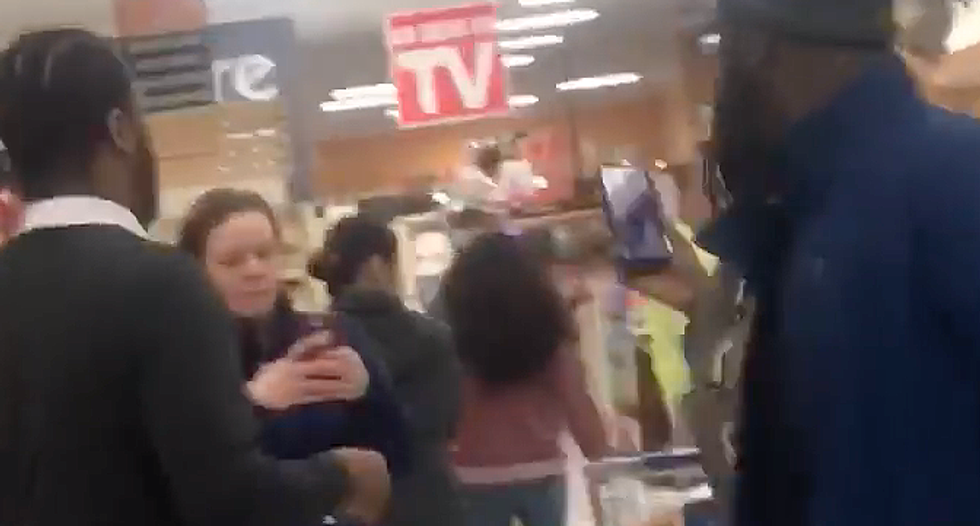 Corinne Terrone, a clerk at a public school in Connecticut, has resigned in the wake of a video of her spitting at two black people and repeatedly using the "N-Word" has surfaced on social media.

After her first use of the slur, one man began to rush towards her, at which point Terrone pulled out her cell phone to begin recording the man. She then taunts him, saying, "Put your hands on me, come on!" Others held the man back to avoid a direct confrontation.

The incident, which took place at a Shop Rite store in East Haven, shows Terrone, in the presence of her children, includes her spitting at a man as he is walking away from her.

"We have become aware of video footage that appears to show an employee in our district engaged in abhorrent conduct," said Hamden Public Schools via a statement. "Specifically, the video appears to show the employee repeatedly calling an African-American man the N-word in a supermarket in East Haven."

Terrone resigned from the school shorty after a meeting to investigate the incident was scheduled by the school district.

"The language the employee used in the video is in conflict with the values of the Hamden Public School System," continued the District's statement. "Someone who will use that sort of language in any setting, whether public or private, is not someone we want anywhere near our children. The employee is separated from service, and we hope that her children will receive the support they need after witnessing such a traumatic event."

The district has also filed a report with the Connecticut's Department of Children and Families given that the incident took place in the presence of Terrone's two children.

Terrone could face several charges for her actions, including charges for assault. Spitting is viewed as a form of assault in Connecticut.

Video of the incident was posted by a Facebook user named Tatiana Winn, and has been viewed nearly 400,000 times.

View the incident below: