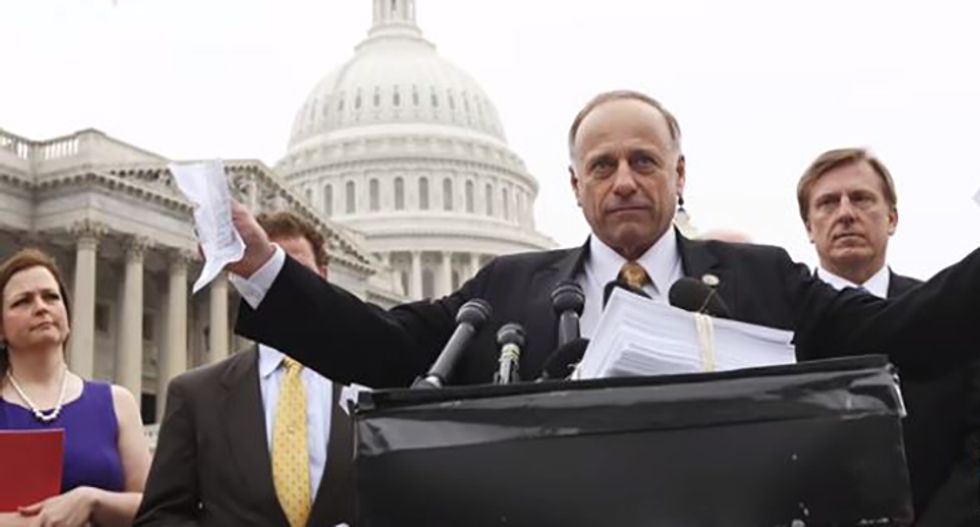 U.S. Congressman Steve King is stirring up division once again – or at least trying to. The white nationalist Republican from Iowa is being mocked on social media after he posted a meme to his Twitter and Facebook accounts that appears to advocate for a violent civil war.

"Folks keep talking about another civil war," the pro-gun, anti-trans meme reads. "One side has about 8 trillion bullets, while the other side doesn't know which bathroom to use."

The ACLU's Brian Tashman tweeted a screenshot of King's post, showing the Congressman asking, "Wonder who would win..."

Clearly he hadn't bothered to notice.

But some did notice: the meme shows King's home state losing the supposed battle.

Vox's Aaron Rupar and others noticed Iowa was on the "losing" side:

King deleted the meme sometime around early Monday afternoon. It had been here on Facebook.

The timing of the posting couldn't be much worse. It comes just days after a horrific terror attack on two New Zealand mosques left 50 dead. The suspect's "manifesto" praised President Trump as "a symbol of renewed white identity."

King's history of white nationalism and white supremacy finally caught up with him early this year. He was stripped of all his committee assignments, but he's working to have them restored.