Busted: Here’s the letter proving Trump lied about turning down George Conway for a job 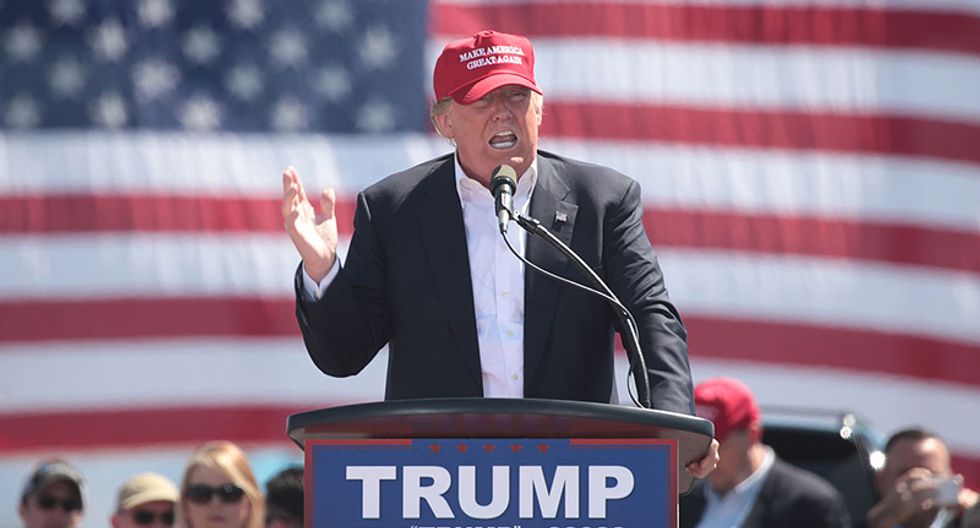 President Donald Trump on Wednesday attacked George Conway, the husband of White House counselor Kellyanne Conway, and claimed that Conway was bitter because the president refused to employ him in his administration.

“George Conway, often referred to as Mr. Kellyanne Conway by those who know him, is VERY jealous of his wife’s success and angry that I, with her help, didn’t give him the job he so desperately wanted,” the president wrote on Twitter. “I barely know him but just take a look, a stone cold LOSER and husband from hell!”

However, a letter sent by Conway to Trump in May 2017 shows that Trump is lying about what really happened.

The letter, which was obtained by the Washington Post, backs up Conway’s claim that he was the one who turned down a position at the Justice Department, not the other way around.

“I am profoundly grateful to you and to the Attorney General for selecting me to serve as Assistant Attorney General for the Civil Division of the Department of Justice,” Conway wrote to Trump in the letter. “I have reluctantly concluded, however, that, for me and my family, this is not the right time for me to leave the private sector and take on a new role in the federal government.”