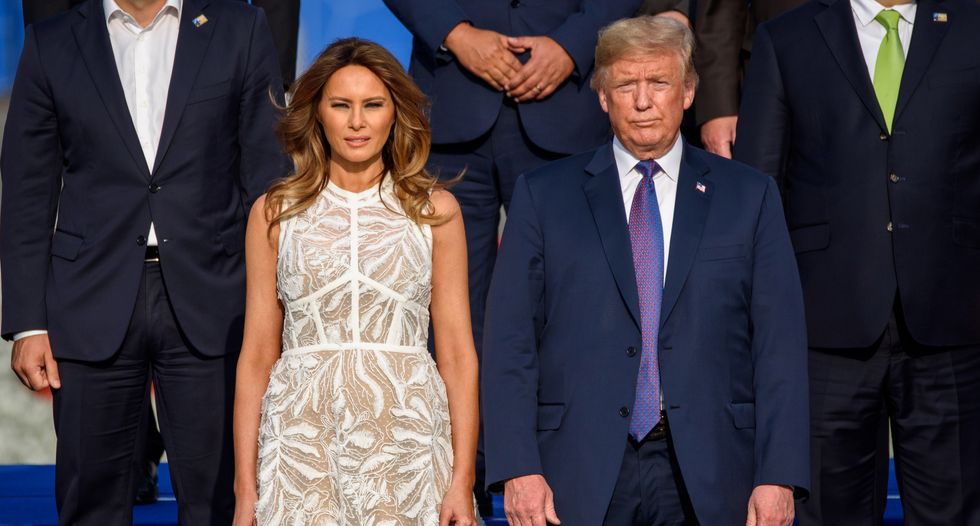 First Lady Melania Trump kicked off the week by hosting her first Interagency Working Group on Youth Programs as part of her "Be Best" campaign which she began officially last May. The Working Group was created under President George W. Bush.

The goal of Monday's meeting appeared to be more PR than action.

"First lady Melania Trump will add another component to her Be Best program by showcasing how multiple government agencies interact with youth and working with the groups to improve youth programs," CNN reports.

"Thank you for coming," she told attendees, saying the mission of Be Best is "to enhance the lives of children everywhere." She added that the "three pillars" of her Be Best program are, "well-being, online safety, and opioid abuse" – presumably meaning combatting and preventing opioid abuse.

First lady Melania Trump hosts a "Be Best" event at the White House to discuss youth programs and highlight the thr… https://t.co/01PEog1TZU
— This Week (@This Week)1552918466.0

The First Lady's comments and commitment to improving online safety, and her promises to work to prevent online bullying are in direct contrast to the President's daily outbursts, and especially what for him was a "lost weekend" of rage-tweeting. While the President does not drink his actions show an apparent addiction to venting his anger via the social media platform.

As many in the media have noted, President Trump posted 50 tweets or retweets over the weekend, attacking a re-run of Saturday Night Live, along with Hillary Clinton, the Democratic Party, CNN, the Mueller investigation, the late Sen. John McCain and his daughter, the United Auto Workers’ union, General Motors and its CEO Mary Barra, and Fox News anchors. He also urged support for Fox News' Jeanine Pirro, who reportedly was suspended after her Islamophobic remarks, and Tucker Carlson, who has been highly criticized for refusing to apologize for remarks he made supporting statutory rape and underage sex.

As the First Lady's meeting was underway, President Trump, who has almost nothing on his public schedule today, continued his tweets of blind rage. He again went after GM and the UAW, unleashed attacks on former Vice President Joe Biden and the "The Fake News Media," while praising his approval rating among the GOP.