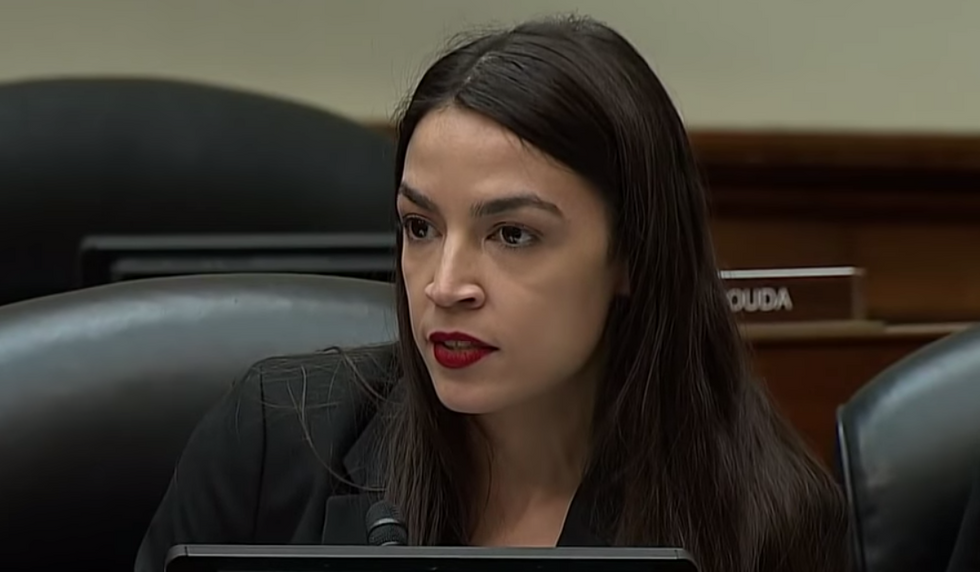 Rep. Alexandria Ocasio-Cortez reminded JPMorgan Chase CEO Jamie Dimon of his bank's massive investments in oil and gas development projects after Dimon suggested the Green New Deal is not an "intelligent" solution to the climate crisis.

"JP Morgan agreed to pay out $13 billion over its massive role in mortgage schemes with the '08 recession," Ocasio-Cortez, the freshman Democratic congresswoman from New York, said in a tweet Wednesday. "They also finance major fossil fuel pipelines. It's big money."

"So maybe they aren't the best authority on prioritizing economic wellbeing of everyday people and the planet," she added.

According to a report card released Wednesday by a coalition of environmental groups, JP Morgan invested $195.66 billion in oil and gas companies between 2016 and 2018, making the Wall Street bank "the world's top funder of fossil fuels by a wide margin."

Ocasio-Cortez's tweet came after Dimon suggested in a CNN interview Tuesday that the Green New Deal would harm the economy and the American public.

"Can you focus on climate change in an intelligent way that doesn't damage the economy? Yes you can. It's called CO2 emission taxes, or trading," Dimon said. "There are a couple ways to do it. So you better do it wisely because you could hurt the economy, which hurts everybody."

On Twitter, the progressive advocacy group Justice Democrats said the proposals Dimon mentioned are nowhere "near the scale of what the climate crisis requires."