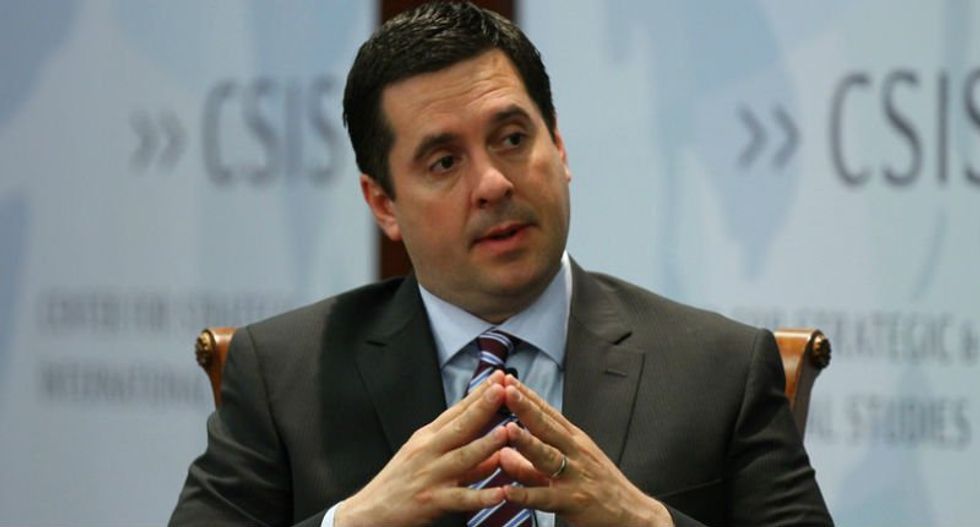 President Trump held his first rally since mid-February on Thursday in Grand Rapids, Michigan. Sounding alternately buoyant and furious, he took a big victory lap and declared himself to have “won” against the witch hunt. In an extended rant right out of the gate he proclaimed:

After three years of lies and smears and slander, the Russia hoax is finally dead. The collusion delusion is over. The Special Counsel has completed his report and found no collusion, no obstruction … Total exoneration, complete vindication. …

The Russia witch hunt was a plan by those who lost the election to take power by framing innocent Americans — they suffered — with an elaborate hoax. They tried to destroy a movement like nobody has ever seen before. They did it because they refused to accept the results of the greatest presidential election results in American history … they perpetuated the single greatest hoax in the history of politics, they have to be — I’m sorry — they have to be accountable.”

As we saw telegraphed as early as Monday, Trump wants revenge. His motto for years has been “get even” and he obviously thinks that wreaking vengeance on his political opponents will keep him in the White House past 2020. Even his decision to back the lawsuit repealing Obamacare, made against the advice of many Republicans, is really just a way for him to exact revenge on his most hated rival — who happens to be a dead man, John McCain.

He didn’t talk about the size of his own neck, thankfully.  But he did get a bit more rhetorically pungent, saying, “The Democrats need to decide whether they will continue to defraud the public with ridiculous bullshit.” (Yes, he said bullshit.)

The attack on Schiff is obviously a specific strategy to try to shut down the Intelligence Committee’s ongoing investigation into Trump and Russia. Earlier in the day Trump had tweeted out:

When the House Intelligence Committee held a hearing later that day to hear Russia experts talk about how that country’s intelligence services infiltrate various aspects of American life, the committee’s ranking member and former chair, Rep. Devin Nunes, R-Calif., stepped up to make an opening statement:

We should not be used as a platform to spread false information and bizarre conspiracies. We have unique capabilities and authorities to do crucial oversight work and now, frankly speaking, that is not being done.

You read that right. Then Rep. Mike Conaway, R-Texas, read a letter signed by all nine Republicans on the committee demanding that Schiff resign, claiming that he was promoting a demonstrably false narrative and had abused his position to knowingly promote false information about Russian collusion.

This, coming from the same Republicans who contrived the ludicrous alternate universe around a “deep state” plot, culminating in the preposterous “Nunes memo,” could and perhaps should have resulted in convulsions of laughter in the hearing room. The idea of Nunes, the man who was caught red-handed, literally in the middle of the night, conspiring with the White House, accusing anyone else of conspiracy theories really cannot be taken seriously. He is a ridiculous person.

But Schiff didn’t laugh. And he was right not to. This is a serious issue of national security, and he responded with one of the more memorable congressional speeches in a very long time:

If you haven’t heard the whole thing I urge you to listen to it.

The reason that was so important is because Schiff brought the issue back to where it rightfully belongs: in the Congress. The only thing we know right now about any criminal liability is that Robert Mueller’s investigation “did not establish that members of the Trump Campaign conspired or coordinated with the Russian government in its election interference activities.”

But none of the events or behaviors Schiff cited are in dispute. Most of it happened right out in public. Whether it was legal or not, it was stupid and it was wrong and no president should be defended for behaving in such a craven, corrupt and unpatriotic way. What he did may not have been criminal conduct, but it was pathologically unethical. Anyone who didn’t find all that behavior suspicious has no business holding a responsible position in the United States government.

Schiff’s speech explains something important that Trump and the Republicans fail to grasp. People know what they saw. That’s why the polls aren’t moving toward the president in the wake of Bill Barr’s letter and Trump’s triumphant victory tour. Whether the president was part of a criminal conspiracy, or was simply so ignorant and corrupt that he didn’t know or care about the ramifications of his actions, isn’t really the question. What Schiff did in that speech was to bring the subject back to the central question: Is this president acting in the interest of the people of the United States, or is he acting in the interest of Donald Trump? I think we know the answer. And it’s not OK.

Some of the Republicans on the panel understood that what Schiff had said was a powerful indictment of their own lack of ethics and morals. After Schiff finished  and attempted to go on, one member demanded to be allowed to respond to his comments, insisting, “No one over here [on the Republican side] thinks that.”

You don’t? Could have fooled us. At every step of the way the Republicans have acted as Trump’s accomplices, refusing even to suggest that he might have done something wrong in all this. They clearly don’t think he did.

I’m willing to be generous and say that at the end of the day we may very well find that Trump is so dim-witted and narcissistic that he literally does not know right from wrong. That obviously makes him unfit for the presidency but it doesn’t make him guilty of conspiring with a foreign government. Fine. But all these Republicans who refuse to even acknowledge the outrageousness of his conduct definitely do know better.

They are shameless and that’s hard to fight against, still less to defeat. But Adam Schiff laid out the real issue more successfully than anyone we’ve seen in recent times. Let’s hope it’s the first of many illustrative moments as the Democrats start to provide the serious oversight that has been lacking these past two years.