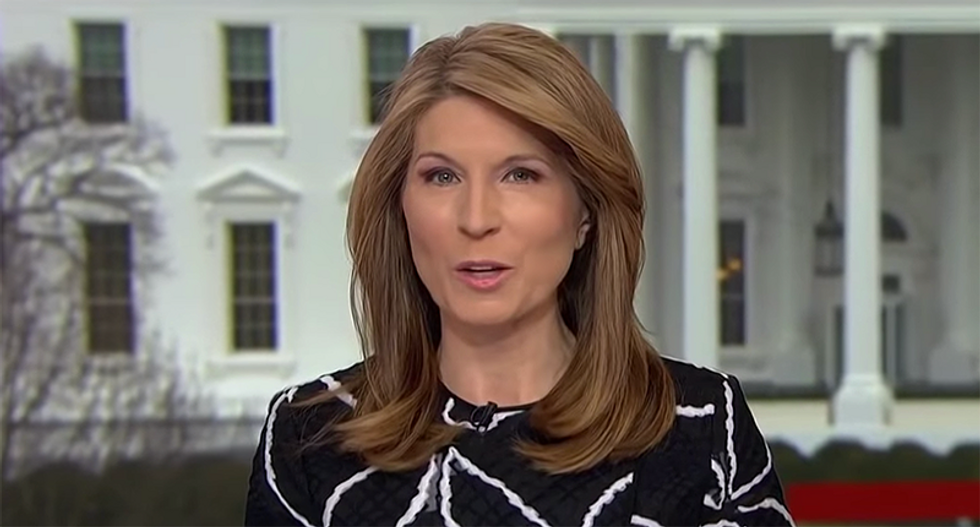 On Friday, Nicolle Wallace scorched President Donald Trump and his daughter Ivanka on MSNBC's "Deadline: White House" for their lies about the behind-the-scenes decision to award Trump's son-in-law Jared Kushner a top-secret security clearance over the objections of law enforcement and intelligence officials.

"On the fourth day of what's already been nominated for the worst week of Donald Trump's presidency, a bombshell with something for everyone," said Wallace. "A Trump lie so big the Trump family and their lawyer appear to be in on it. A national security threat so dire, that two of the most senior West Wing advisers warned against it. And the new hallmark of a Trump scandal — contemporaneous memos chronicling the transgression."

Wallace, who describes herself as a "non-practicing Republican," previously served as White House Communications Director in the George W. Bush administration, and understands the importance of the security clearance process.

In addition to circumvention of the normal national security process, Wallace noted, "This reporting also reveals a network of coordinated lies." She then played clips of the president saying, "I wouldn't do it ... I was never involved with his security," to have overruled security officials, Ivanka saying that Trump, "had no involvement," and "there weren't any" problems with Kushner's application, and Kushner's attorney Abbe Lowell saying that "there was nobody in the political process that had anything to do with it, there was nobody who pressured it."

"And in case you forgot how harshly the Republicans treat liars, here they are," added Wallace, playing clips of Republicans shouting down Trump's former personal attorney Michael Cohen. "No word yet from any of those men on the big Trump lie about Jared," she concluded.