4-star general warned that Trump's plan to send troops to the border worsened an 'unacceptable risk' to Marines: report 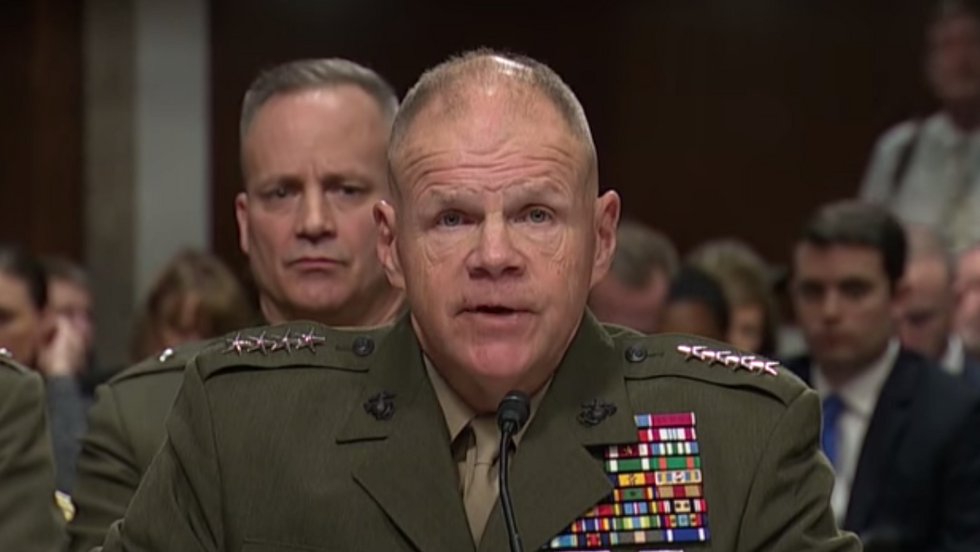 Marine Corps Gen. Robert Neller warned that President Donald Trump's plan to send troops to the border and to use a national emergency declaration to siphon funds from the military contributes to an "unacceptable risk" for service members, according to a new Los Angeles Times report that cites internal memos.

The Times reported that Neller's concerns budgetary strain arising in part from the fact that the president's decision to reallocate funds to the border — which was clearly driven by political motives rather than national security considerations — will force the military to "cancel or reduce planned military training in at least five countries, and delay urgent repairs at bases."

Experts told the Times that Neller's comments were unusual since military leaders tend to defer to the president's political priorities:

“It’s pretty unusual for the commandant to be raising concerns that... a top political priority for the president is undermining the ability of the Marine Corps to do the training they need,” said Mandy Smithberger, a defense expert at the Project for Government Oversight, a nonpartisan independent watchdog group.

“It looks like from Commandant Neller’s perspective, he does think these policies are undermining readiness,” she added.

“This is a pretty strongly worded memo,” said Todd Harrison, director of defense budget analysis at the Center for Strategic and International Studies, a nonpartisan think tank in Washington.

The letter doesn't only cite Trump's machinations at the border as the cause of the problem. The high cost of recent hurricane damage, too, has negatively impacted military readiness, as well as increases in housing expenditures and civilian pay raises. But Trump's antics have exacerbated the problem.

The memo also noted that, if the Marines are forced to cancel training exercise because of the pressures it faces, these moves will likely draw scrutiny from the media and lawmakers.

"Cancelling or reducing key training events and exercises is not desired nor an easy decision, and one likely to draw attention from Congress and the press," Neller wrote to the secretary of the U.S. Navy. "However, without outside fiscal assistance, these measures are required to mitigate our FY-19 challenges. We greatly appreciate your support and that of the Department of the Navy. This support is much needed as we try and mitigate funding shortfalls that are impacting our critical modernization and readiness efforts."