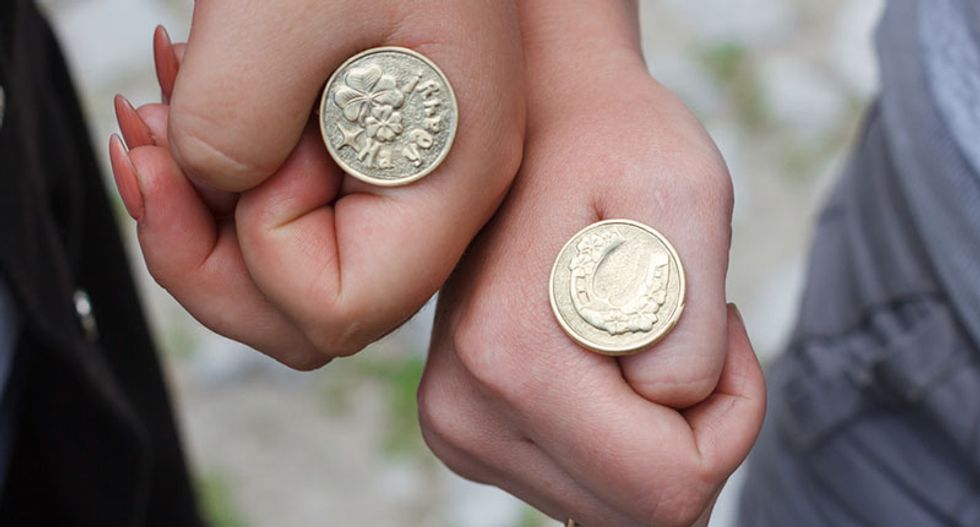 The gambler, the quantum physicist and the juror all reason about probabilities: the probability of winning, of a radioactive atom decaying, of a defendant’s guilt. But despite their ubiquity, experts dispute just what probabilities are. This leads to disagreements on how to reason about, and with, probabilities – disagreements that our cognitive biases can exacerbate, such as our tendency to ignore evidence that runs counter to a hypothesis we favour. Clarifying the nature of probability, then, can help to improve our reasoning.

Three popular theories analyse probabilities as either frequencies, propensitiesor degrees of belief. Suppose I tell you that a coin has a 50 per cent probability of landing heads up. These theories, respectively, say that this is:

But each of these interpretations faces problems. Consider the following case:

Adam flips a fair coin that self-destructs after being tossed four times. Adam’s friends Beth, Charles and Dave are present, but blindfolded. After the fourth flip, Beth says: ‘The probability that the coin landed heads the first time is 50 per cent.’

Dave, despite having the same information as Charles, says: ‘I disagree. The probability that the coin landed heads the first time is 60 per cent."

The frequency interpretation struggles with Beth’s assertion. The frequency with which the coin lands heads is three out of four, and it can never be tossed again. Still, it seems that Beth was right: the probability that the coin landed heads the first time is 50 per cent.

Meanwhile, the propensity interpretation falters on Charles’s assertion. Since the coin is fair, it had an equal propensity to land heads or tails. Yet Charles also seems right to say that the probability that the coin landed heads the first time is 75 per cent.

Some philosophers think that such cases support a pluralistic approach in which there are multiple kinds of probabilities. My own view is that we should adopt a fourth interpretation – a degree-of-support interpretation.

The degree-of-support interpretation incorporates what’s right about each of our first three approaches while correcting their problems. It captures the connection between probabilities and degrees of confidence. It does this not by identifying them – instead, it takes degrees of belief to be rationally constrained by degrees of support. The reason I should be 50 per cent confident that a coin lands heads, if all I know about it is that it is symmetrical, is because this is the degree to which my evidence supports this hypothesis.

Finally, the degree-of-support interpretation analyses the propensity of the coin to land heads as a relation between, on the one hand, propositions about the construction of the coin and, on the other, the proposition that it lands heads. That is, it concerns the degree to which the coin’s construction predicts the coin’s behaviour. More generally, propensities link claims about causes and claims about effects – eg, a description of an atom’s intrinsic characteristics and the hypothesis that it decays.

But a skeptic might point out that coin tosses are easy. Suppose we’re on a jury. How are we supposed to figure out the probability that the defendant committed the murder, so as to see whether there can be reasonable doubt about his guilt?

Answer: think more. First, ask: what is our evidence? What we want to figure out is how strongly this evidence supports the hypothesis that the defendant is guilty. Perhaps our salient evidence is that the defendant’s fingerprints are on the gun used to kill the victim.

Since this is all relative to any background information we have, the first probability (of the cause) is informed by what we know about the defendant’s motives, means and opportunity. We can get a handle on the third probability (of the effect given the cause) by breaking down the possibility that the defendant is innocent into other possible causes of the victim’s death, and asking how probable each is, and how probable they make it that the defendant’s fingerprints would be on the gun. We will eventually reach probabilities that we cannot break down any further. At this point, we might search for general principles to guide our assignments of probabilities, or we might rely on intuitive judgments, as we do in the coin cases.

When we are reasoning about criminals rather than coins, this process is unlikely to lead to convergence on precise probabilities. But there’s no alternative. We can’t resolve disagreements about how much the information we possess supports a hypothesis just by gathering more information. Instead, we can make progress only by way of philosophical reflection on the space of possibilities, the information we have, and how strongly it supports some possibilities over others.