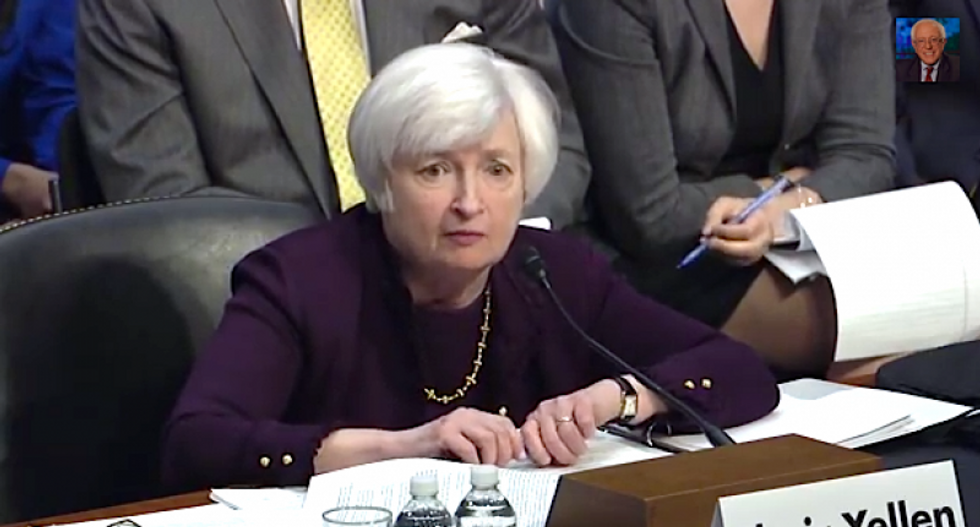 The U.S. federal government’s debt load hit another milestone this month: It’s now a record US$22 trillion in nominal terms.

That’s $67,000 for every man, woman and child living in the U.S., and it’s up $2 trillion since President Donald Trump took office in 2017. For comparison, U.S. debt is more than the total size of the United States’ $20 trillion economy and equivalent to the gross domestic products of China, Japan and Germany combined.

This hefty sum is a reflection of the large annual budget deficits that the federal government has run, pretty much continuously, since 1931. Prior to that, surpluses were much more common, apart from the years following the Civil War.

With another round of anxiety-causing debt-ceiling debates likely to return in the coming months, like other economists, I believe it is worth asking whether we should even care about the size of government debt.

First of all, it’s important to note current U.S. debt levels do not indicate any risk of imminent default.

As long as the U.S. federal government remains an “ongoing concern” – fiscal institutions are strong and effective, taxing authority is maintained and the long-run productive capacity of the nation’s economy is secure – there is no economic reason to fear default on the nation’s debt. Political reasons, such as debt-ceiling mischief, are another matter.

To remain solvent and ultimately pay what it owes, the U.S. Treasury – which sells notes and bonds to investors to raise money to finance the budget deficit – needs only to balance its books over the long run, rather than over an arbitrary unit of time like a year.

Historically low interest rates on government debt suggest that bond market participants agree with this view and are not afraid of a sovereign debt default in the U.S. Indeed, with these low rates, sufficient economic growth can allow the government to borrow indefinitely.

Although $22 trillion is a large number, it is essentially irrelevant to proper thinking about the economic role of the U.S. government or about responsible fiscal policy.

Government debt simply reflects the timing of taxes. Higher spending levels today require more borrowing – and a larger debt – as long as the taxes needed to pay for those expenditures are pushed into the future.

But regardless of when taxes are collected, what ultimately matters is the quantity of the economy’s scarce resources the federal government commands and controls, and how those resources are used, which essentially depend on the level and composition of government spending. To paraphrase Milton Friedman, spending is taxing.

In short, government debt can be a bad indicator of the stance of fiscal policy or its burden on the private sector. The government can be wildly intrusive in the economy and thus a hindrance to growth and welfare even if its debt is low. For example, Venezuela’s sovereign debt was only 23 percent of its GDP in 2017, yet its economy has been in turmoil for several years.

Or it can effectively manage spending to promote welfare even if its debt is high. In 1945, the U.S. debt-to-GDP ratio was 120 percent in 1945, immediately after the government mobilized the economy to win World War II.

High debt should not prevent the government from spending on worthwhile public endeavors. And low debt does not prove that the level or composition of government spending is appropriate.

Medicare makes up about a third of government liabilities considered ‘off balance sheet.’

The real burden to worry about

Yet, the $22 trillion “on-balance-sheet” debt is likely to woefully underestimate the federal government’s true liabilities and its potential demand on the economy’s resources.

The national debt is the government’s formal commitment to repay its creditors. But Uncle Sam has many other commitments for future spending that are not on the books, so-called “off-balance-sheet” liabilities. Such liabilities do not show up in standard debt measures.

While these commitments are different in nature from the promise to pay back previously borrowed funds, they are nonetheless a potentially large burden on taxpayers – and surely a governmental imposition on the economy.

These commitments arise from implicit and explicit federal loan guarantees that support housing and education policy, from deposit insurance and Federal Reserve actions that attempt to promote a stable financial system and from commitments to the elderly and poor through Social Security, pension guarantees and Medicare and Medicaid.

Economist Jim Hamilton has recently estimated that such off-balance-sheet liabilities could exceed $70 trillion, more than three times the the current value of outstanding Treasury securities. The biggest share of that, or about a third, is Medicare.

So OK, worry about the debt, but pick the right measure to worry about.

Buying Treasury bonds to finance government debt spending once was considered an act of patriotism.

How to get a good night’s sleep

But if excessive government debt burdens on future generations keep you up at night, there’s a simple solution: buy Treasury securities with the money saved from low current taxes and bequeath those securities to your kids.

They can use the principal and interest to pay off high future taxes, with no ultimate effect on their net wealth or well-being.

In other words, taxpayers can use capital markets to offset transfers of their wealth – via taxes – to bondholders by becoming bondholders themselves. In aggregate, as long as private saving rises with government borrowing – and it is plausible to assume that it will if people feel the need to save to pay higher future taxes – the latter need not crowd out borrowing for productive activity by the private sector.

And then worrying about the federal debt won’t keep you from a good night’s sleep.

This is an updated version of an article originally published on March 19, 2015.