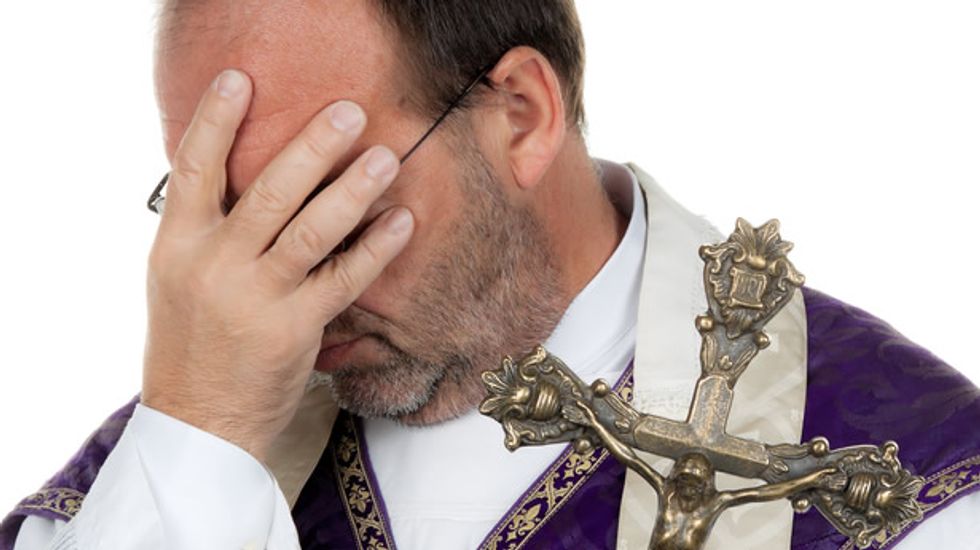 The Vatican recently “defrocked” Theodore McCarrick, a former cardinal and the retired archbishop of Washington D.C. McCarrick was found guilty of a number of crimes including sexual abuse of minors.

“Defrocking,” as the name suggests, means the removal of the vestments, or clothing, symbolic of being a priest. This process is more formally referred to as “dismissal from the clerical state,” or “laicization.”

In 2014, the Vatican reported that 848 priests had been “defrocked” in the preceding decade for the rape and molestation of children. McCarrick is the highest ranking member of the Catholic Church to be punished in this way in modern times.

Many people might think that in being defrocked McCarrick would no longer remain a priest. That is not so. Catholics don’t understand the priesthood as simply a job that someone can be fired from.

Punishing priests in the Middle Ages

Formal procedures for defrocking priests were elaborated in the Middle Ages for church courts. Since punishments were milder for clerics, in order to hold priests accountable for the most severe crimes, it was necessary to demote them in status, before turning them over to a civil judge. This demotion was called “degradation.”

Rape and murder were among the crimes that could lead to degradation. But the most serious one was “heresy,” the deliberate spreading of doctrines contrary to the Catholic faith.

Degradation included a ritual removal of any sign or symbol of clerical status. As part of this ritual, the skin from the priest’s palms and fingertips was scraped to indicate that the hands were no longer holy.

Additionally, the priestly haircut, called a “tonsure,” was removed by tongs or by shaving the scalp with a shard of glass.

The intent behind degradation was not only to punish but also to humiliate. After being “degraded,” the priest was handed over to civil authorities.

The church itself could not inflict the usual punishment for heresy: being burned at the stake.

Theodore McCarrick will be spared these punishments. But there are others he will go through.

According to the legal code of the Catholic Church, McCarrick will not be allowed to wear the roman collar – a white band that goes around the neck – the robe-like cassock, or anything else that might suggest he is a priest.

He will not be allowed to perform sacraments – such as baptism. He can no longer hear confessions or celebrate mass.

Consistent with his loss of status, McCarrick will not be buried with his predecessor archbishops in Washington D.C.‘s St. Matthew’s Cathedral.

McCarrick certainly did not lead a celibate life as his priestly vows required. But he is still formally obligated to remain celibate. Releasing the celibacy requirement for priests can only be done by the pope, which is unlikely to happen in this case.

Theodore McCarrick will now be required to live the remainder of his life in “prayer and penance,” which assumes that he will – at some point – develop and show genuine remorse for his crimes. He also faces potential prosecution and civil lawsuits.

Once a priest, always a priest

But McCarrick will still be a “priest,” although without his clerical office and its associated privileges, and in a very specific way. The reason for this lies in the Catholic understanding of priesthood.

New priests lie face down on the floor during an ordination ceremony presided over by Pope Francis, in St. Peter’s Basilica at the Vatican.

As a child in a Roman Catholic family, and now as a Roman Catholic scholar of religion, it has always been impressed on me that being a priest is special and, in an equally special way, permanent.

Priests are “ordained” only after years of study and a period of service in what is called the diaconate.

Ordination is performed by a bishop in a special ceremony that has deep spiritual meaning and impact. The ritual includes the bishop laying his hands upon the candidate for the priesthood in order to transfer the power of the Holy Spirit.

And so, according to Catholic belief, ordination alters a man spiritually. It permanently sets him apart for a special function or ministry. In fact, the Catholic catechism states that a priest “cannot become a layman again in the strict sense.”

What this means for McCarrick is that he can never be a layperson in the way that rank-and-file Catholics are. Ironically, he will always retain the spiritual mark given to him when he first became a priest.