'Whipped up into a frenzy': White House Correspondents' Association calls on Trump to denounce rally violence 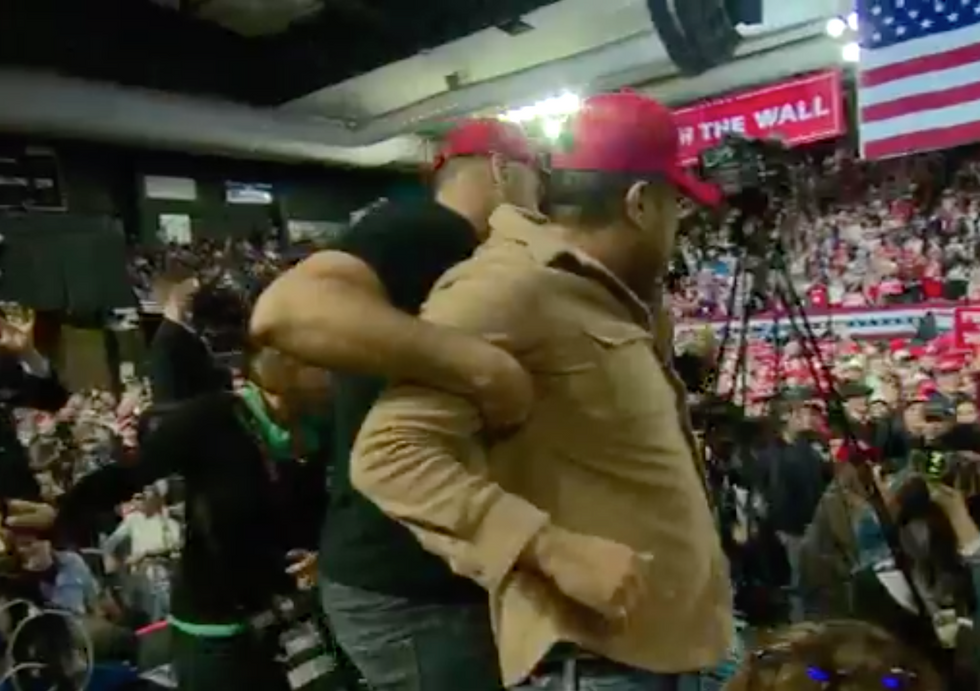 The White House Correspondents' Association called on President Donald Trump on Tuesday to scale back his continuous attacks on the media after a violent fan of his attacked a journalist during the Monday night rally in El Paso, Texas.

"We are relieved that, this time, no one was seriously hurt," the WHCA said. "The president of the United States should make absolutely clear to his supporters that violence against reporters is unacceptable.”

Of course, Trump hasn't made it clear that this is unacceptable — and he's outright encouraged the behavior. During the 2016 campaign, he repeatedly cheered his supporters to attack protesters at his rallies, and he even said he'd pay the legal bills of his defenders. And in October, he praised Rep. Greg Gianforte (R-MT) for bodyslamming a reporter.

Eleanor Montague, a BBC editor who was at the Monday night rally, explained what happened to her colleague.

"Just attended my first ⁦[Trump] rally where my colleague BBC cameraman Rob Skeans was attacked by a Trump supporter," she said. "The crowd had been whipped up into a frenzy against the media by Trump and other speakers all night."

"Since the string of attempted bombings of journalists and Trump’s political enemies by a Trump supporter — recall, he had countless pro-Trump slogans literally emblazoned on his van — a moment like this was inevitable," said Colby Hall, writing for Mediaite.