Watch: Trump is completely baffled when asked about his own policy to fight anti-homosexuality laws 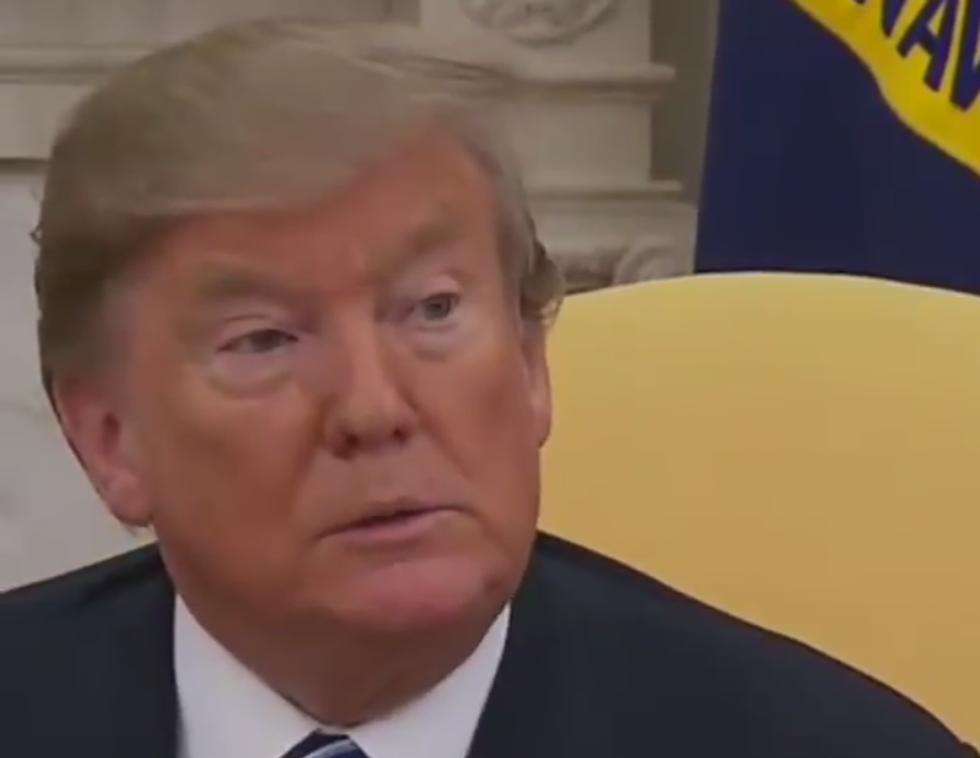 On Tuesday, the Trump administration announced a plan to combat laws criminalizing homosexuality around the world.

The effort, which is to be led by Richard Grenell, President Donald Trump's Ambassador to Germany and the only openly gay man of any note in the administration, is a genuinely positive step. Some 70 countries prohibit LGBTQ identity or relationships in some form, and there are eight where homosexuality is actively punishable by death. Most of these countries are in the Middle East, Africa, and Southeast Asia, and at lot of these laws can be traced back to the influence of Western colonial possession of these countries.

But there is one person who seems not to have been informed about all this: Trump. In fact, when asked about the new effort by a reporter on Wednesday, he seemed to have no idea what she was talking about.

REPORTER: Mr President, on your push to decriminalize homosexuality, are you doing that? And why? TRUMP: Say it?… https://t.co/OKAlD8FNVX
— Aaron Rupar (@Aaron Rupar)1550700370.0

It would indeed be out of character for the Trump administration to take any firm stand against criminalizing homosexuality, since Trump — despite his campaign promises that he would live and let live — has been one of the most LGBTQ-hostile presidents in modern politics.

At home, Trump has rolled back protections for LGBTQ federal contractors, rescinded guidelines for accommodations of transgender students in public schools, reinstated a ban on transgender military service, appointed a steady stream of far-right judges hostile to gay rights, and advised federal courts to exclude sexual orientation from the Civil Rights Act. Nor has the administration shown any inclination to promote LGBTQ rights abroad up until this point — in fact, in 2017, his administration refused to condemn the death penalty for homosexuality at the United Nations, out of fear that it could open the door to criticism of the death penalty in America itself.

So it is fitting that Trump does not appear to be in touch with his administration's single move to stand with LGBTQ rights.