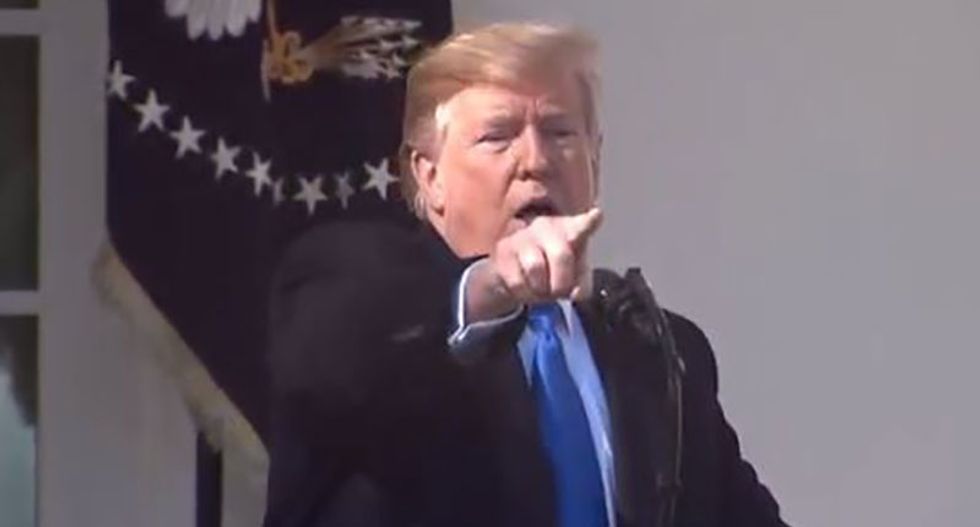 They returned to the subject during their "Weekend Update" segment.

"President Trump declared a national emergency yesterday and argued that we need a wall to stop the flow of drugs into our country," Colin Jost reported. "And to demonstrate how bad the problem is, Trump spent 21 minutes doing his impression of a coke addict."

The host the played a supercut of quotes from Trump's press conference.

They then played a clip of Trump's "sing-song voice" predicting the path the court challenges to declaration would take.

"Watching that was like if School House Rock had a stroke," he added.

"We've been making fun of this dude and his dumbass wall for so long, I got to be honest, now I kind of want to see the wall," Michael Che said.