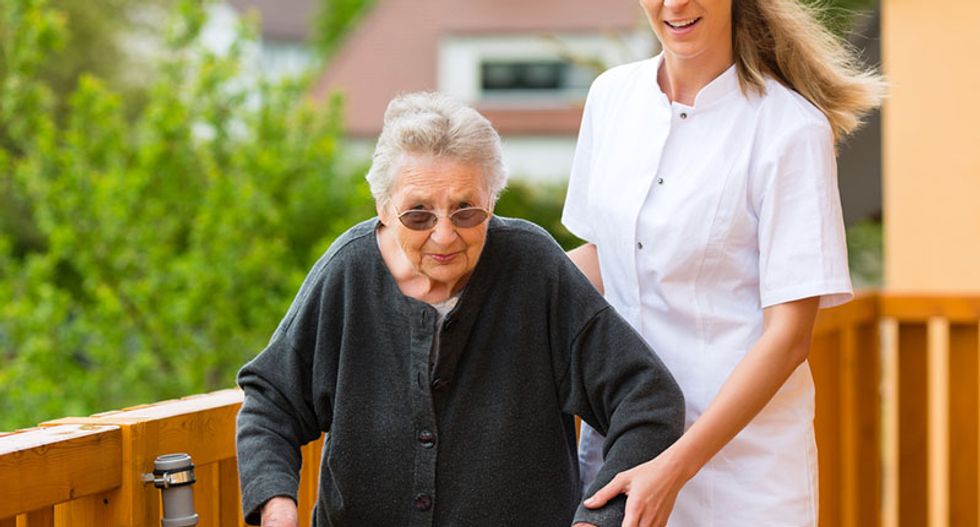 There's a reverse coup happening right now in Utah. In November, the state's voters passed a Medicaid expansion initiative, directing their representatives to accept the Affordable Care Act's expansion and cover as many as 158,000 Utahns without coverage, those who fall into the Medicaid gap in which they don't qualify for regular Medicaid and make too little to get subsidies to purchase insurance on the exchanges. On Monday, the state Senate voted  22-7 to thwart the will of the voters and send a replacement for that bill to the state House.

The replacement bill costs the state substantially more than the ballot initiative that the voters passed and covers many fewer people. Analysis by the state released over the weekend found that the replacement bill created by the Senate would cost $72 million for 2019 and 2020, while Proposition 3 would cost an estimated $10.4 million. Updated numbers released Monday downgraded the cost of the Senate bill, SB96, to $49  million, still five times the cost of Proposition 3. The lawmakers behind SB96 say that when a waiver the state has submitted to the federal government is approved, those costs could drop. If, however, the waiver is rejected, a provision in the bill would automatically repeal the expansion, nullifying the decision by Utah's voters to pass it.

So it costs a lot more than what the voters approved; how about coverage? It's a loser there, too. Instead of providing coverage to people who make up to 138 percent of the poverty level, as is stipulated in the Affordable Care Act, it would extend it just to people at 100 percent of the poverty level. That would cut something like 40,000 people out.

Democratic lawmakers, and the groups behind the ballot initiative, are not happy. "I think it's time that we do what the people asked us to do and not play games and not come to a dead end on a waiver system," said state Sen. Gene Davis, Democrat of Salt Lake City. Alliance for a Better Utah Executive Director Chase Thomas said, "Utahns sent a clear message in November that they wanted full Medicaid expansion, paid for by raising their own taxes. […] This is not a compromise or a fiscally responsible bill. It is simply a repeal of what the voters decided on the ballot."

That's right: Utah voters actually passed a tax hike on themselves, increasing the sales tax in order to pay for this. Their elected officials—the Republicans, that is—believe they know best. They might find out differently in 2020.