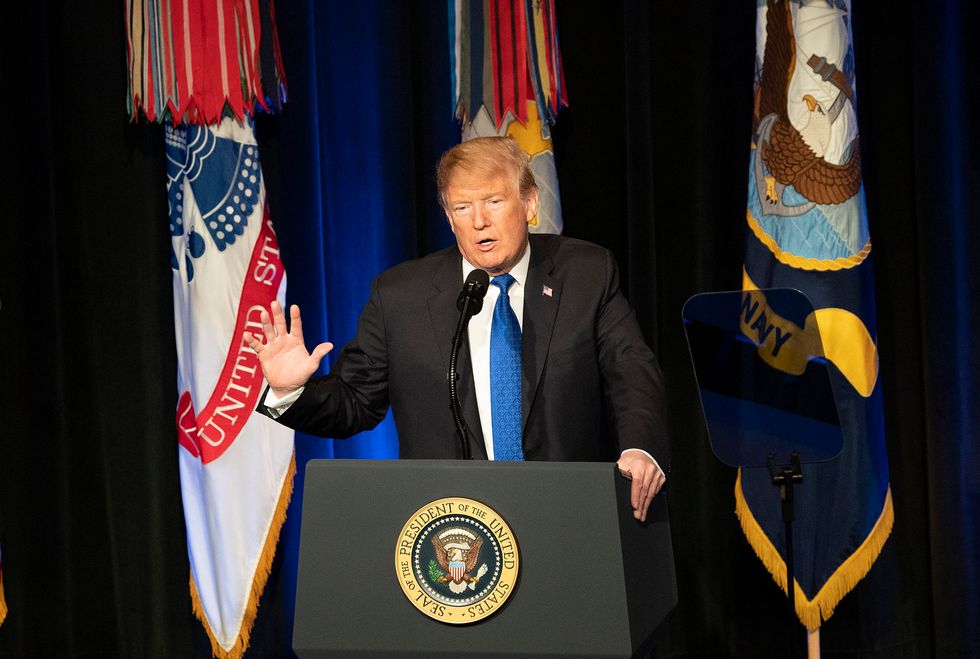 President Donald Trump loves polls when they're in his favor, but in recent weeks especially, they have not been his friend.

After imposing a disastrous and pointless government shutdown, Trump was pummeled in the polls, leading him to retreat. Now, polls show that his "plan B" to get funds for his promised border wall — declare a national emergency — is also deeply unpopular, indicating it could do even more damage to his standing than the shutdown did.

Americans disapprove of the plan in a stark 66 percent to 34 percent split, according to CBS. Even among Republicans, approval for the plan only stands a 73 percent — a strong majority, to be sure, but an indication that even a significant chunk of his base would be put off by the move.

Jennifer Rubin, a conservative columnist deeply opposed to Trump, says the rest of the poll's numbers are even more devastating for the presidency than they initially appear. She notes, first, that Trump hasn't been able to completely distort voters' perceptions of reality with regard to North Korea. While he has insisted that the nuclear threat from the rogue regime has vanished, 82 percent of voters think leader Kim Jong-un has kept or expanded his nuclear arsenal, and 58 disagree with Trump's plan to move forward with a second summit.

And the topic on which Trump polls the best actually reveals his greatest vulnerability.

Second, Trump’s presidency is hanging by a thread — the economy. With unemployment so low and attitudes toward the economy so high, it is historically anomalous to see such negative attitudes toward the president and such pessimism about the direction of the economy. Only 28 percent say the state of the union is better than it was a year ago. The divide between attitudes toward Trump (dropping into the high 30s in most polls) on one hand and, on the other, the economy and willingness to credit Trump for the economy (46 percent give Trump a great deal of credit on the economy; another 31 percent give him some credit) suggest that good economic times don’t make up for Trump’s atrocious performance on other matters. Coupled with the fact that presidents get a disproportionate amount of credit or blame for the economy, one could see his meager approval numbers sinking still further should we enter a period of economic decline.

With Trump's threadbare level of public support hanging almost entirely on the positive state of the economy, even a minor downturn could send his approval crumbling to the ground.

That should be particularly nerve-wracking, as a recent poll of 800 CEOs showed a spike in their concern about a potential global recession in 2019.

That's likely one of the keys reasons Trump caved and ended the shutdown, despite claiming a willingness to let it go on for months or years: Experts were warning that it could cause the U.S. economy to contract.

Overall, Trump has been fortunate to have seen a continuation of the strong rate of jobs growth seen under President Barack Obama (though wage growth has yet to make an impressive recovery since 2008). But given the weight of all of Trump's other scandals, he can't risk letting this key bulwark against a tide of national outrage fall.