Trump’s mental impairment: A psychiatrist makes the case for invoking the 25th Amendment 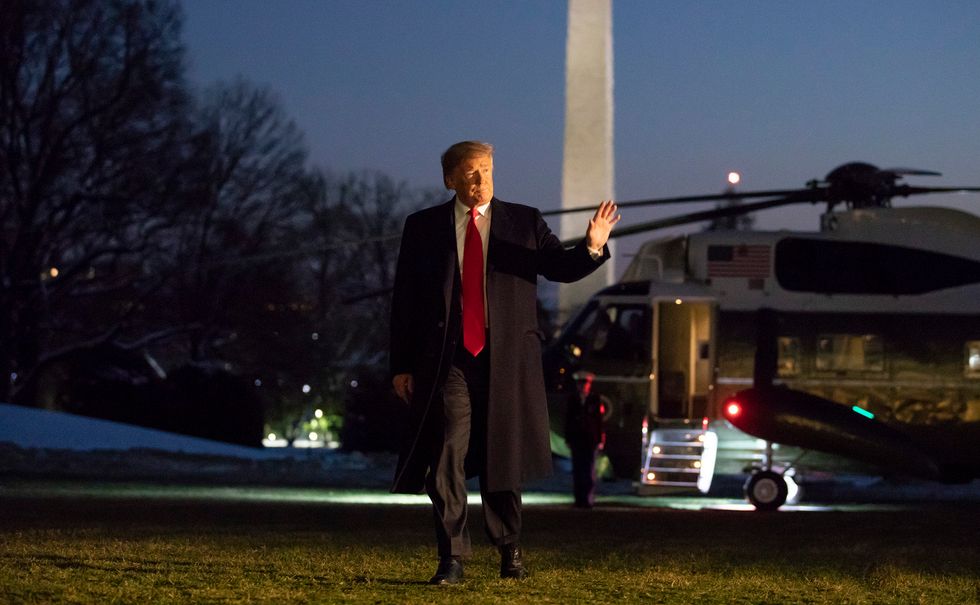 The President blasted McCabe Monday in a series of tweets. “Wow, so many lies by now disgraced acting FBI Director Andrew McCabe. He was fired for lying, and now his story gets even more deranged. He and Rod Rosenstein, who was hired by Jeff Sessions (another beauty), look like they were planning a very illegal act, and got caught…..” he wrote.

Psychiatrist Dee Mosbacher, M.D., Ph.D., has previously advocated for the use of the 25th Amendment in response to the President’s erratic behavior. She co-authored a chapter in “The Dangerous Case of Donald Trump: 37 Psychiatrists and Mental Health Experts Assess a President—Updated with New Essays.”

Raw Story spoke with her about why she thinks the president is not fit for office and whether the 25th Amendment is a viable option.

Tana Ganeva: Do you think that the 25th Amendment should be invoked?

Dee Mosbacher: As a psychiatrist specializing in the treatment of chronic mental illness, I have been calling for a thorough neuropsychiatric evaluation of Donald Trump since November, 2016. He has shown numerous signs of mental impairment that warrant an immediate evaluation. This evaluation should include a thorough assessment of his capacity to perform the duties of office. Such an evaluation could take place if a neuropsychiatric consultation were requested after the 25th Amendment was invoked. Invoking the 25th Amendment is a political decision that must be undertaken by the vice president, the Cabinet, and/or Congress.

Tana Ganeva: What actions by President Donald Trump make you think this step is appropriate?

Dee Mosbacher: He is impulsive, belligerent, grandiose, careless, hypersensitive to slights and criticism, and seems unable to distinguish fantasy from reality. These dangerous signs have become more apparent with every passing week of his presidency.

Tana Ganeva: What first caused you alarm about Donald Trump?

Dee Mosbacher: We see the same signs of impairment in his everyday tweets and speeches that we saw during his campaign.

Tana Ganeva: What are the next steps going forward?

Dee Mosbacher: If the 25th Amendment is invoked by the appropriate governmental officials, I hope that they will simultaneously create an independent, nonpartisan panel of mental health and medical experts to evaluate Mr. Trump’s capability to fulfill the responsibilities of the presidency. Such a panel should consist of three neuropsychiatrists (one clinical, one academic, and one military), one clinical psychologist, one neurologist, and two internists. The experts should serve six-year terms, with a provision that one member per year will rotate off and be replaced (Abrams 1999).

The evaluations should be strictly confidential unless the panel determines that the mental health or medical condition of the president or vice-president renders her/him incapable of fulfilling the duties of office. All American military personnel must pass a fitness for duty exam before they serve. We should expect nothing less of our commander in chief.

Right-wing justices should be impeached for lying under oath: Alexandria Ocasio-Cortez