Trump will fly to Florida for a weekend golf getaway after declaring his 'national emergency': report 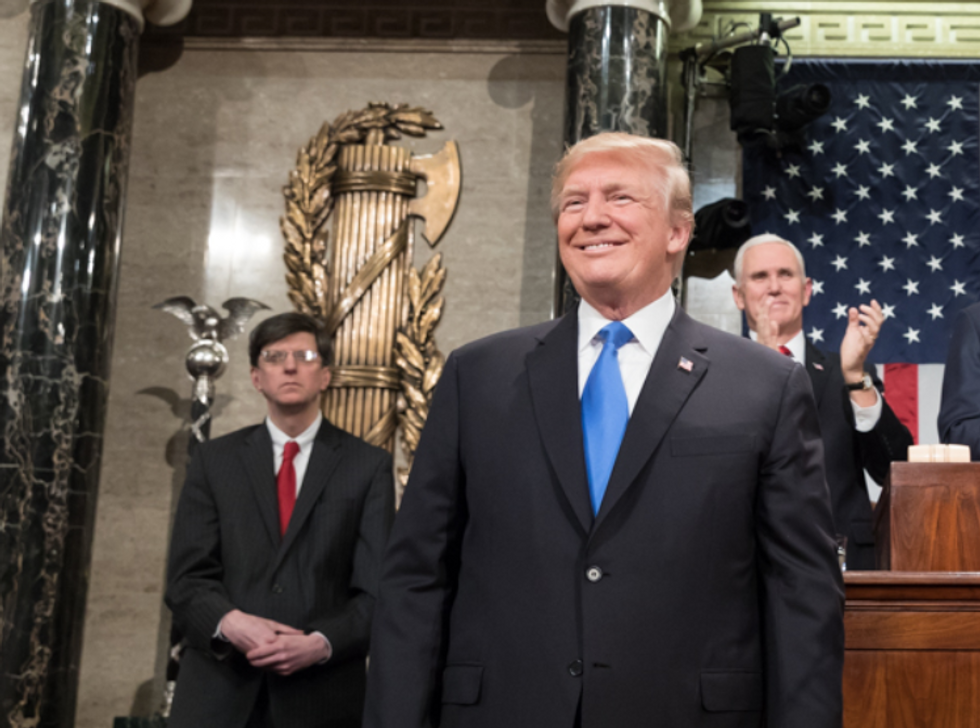 President Donald Trump is moving forward with a plan to declare a national emergency, diverting money from the military to construct a wall at the southern border with no input from Congress.

But even he himself doesn't seem to be taking the idea that there is a real emergency at the border seriously — as evidenced by the fact that immediately after his declaration, he plans to jet to Florida for a vacation at his Mar-a-Lago golf club:

Trump already made a mockery of whatever legitimacy his "emergency" may have had by taking several weeks to consider whether to do it, and holding the threat of doing so over Congress to try to get them to pass the funding he wants legislatively. Nor does he have any response to the fact that illegal crossings at the border are near their lowest rate in decades, and crime rates in border towns are actually lower than the national average, which undercut the idea there needs to be any sort of emergency intervention there.

The fact that the president will set off on vacation immediately after setting in motion his plan to confront this supposedly grave crisis is simply the icing on the cake.