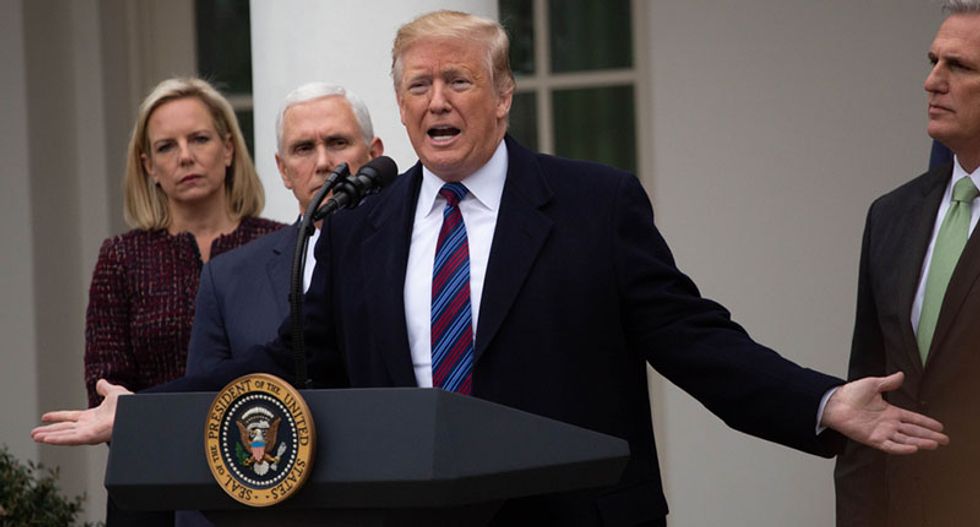 In a major interview with the New York Times, President Donald Trump claimed that both CIA Director Gina Haspel and Director of National Intelligence Dan Coats groveled before him after he chewed them out for contradicting him during Senate testimony.

While delivering an intelligence briefing to the Senate, Coats said that North Korea had not moved to dismantle its nuclear program, that ISIS had not been defeated, and that Russia was likely to try interfering with American elections again in 2020 — all in direct contradiction to statements made by Trump.

However, Trump claims that both Haspel and Coats swore they didn’t contradict him and tried to blame the media for any confusion.

Reporter Maggie Haberman then interrupted to ask Trump how the media had mischaracterized their testimony.

“It was really very different when I read it,” Trump said of the testimony transcripts. “Because I came in here saying what is this? You mean you’re — because one of the things they said very strongly, according to, was that Iran is, essentially, a wonderful place. And I said, ‘It’s not a wonderful place, it’s a bad place, and they’re doing bad things.’ And they said, ‘We agree.’ I said, ‘What do you mean you agree. You can’t agree –‘ And they said the testimony was totally mischaracterized.”