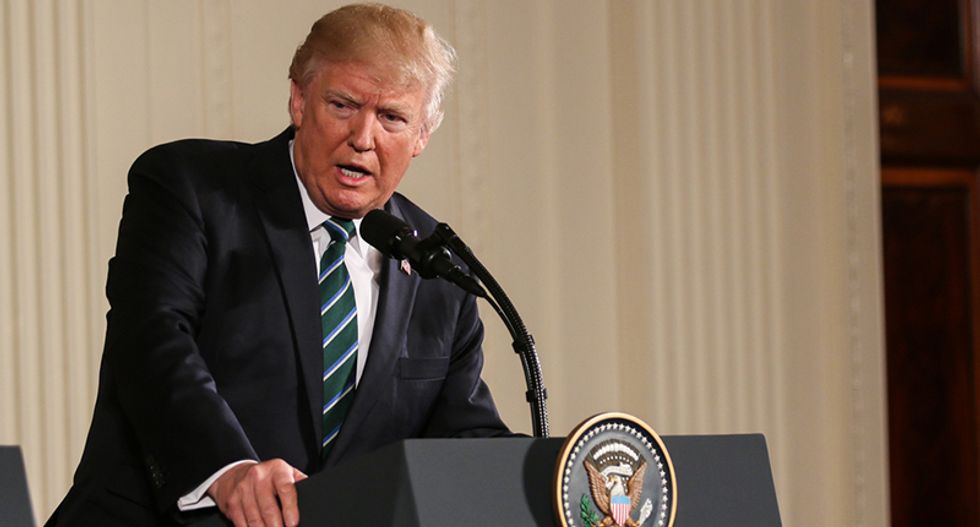 From Transportation Security Administration officials to the FBI agents, government workers in the United States are relieved to know that President Donald Trump will not be partially shutting down the federal government again. Trump has agreed to sign the bipartisan deal on border security that Democrats and Republicans in Congress worked out, thus averting another shutdown. But the deal doesn’t give Trump nearly as much funding for a U.S.-Mexico border wall as he had hoped for, and he has responded by announcing that he will fund a border wall via an emergency declaration.

Speaking at a White House press conference on Friday, Trump ranted and raved while officially announcing his emergency declaration. He also relied on a singular lie that has come to form the bedrock of his argument for the wall.

At his press conference, Trump reiterated his assertion that an “invasion of drugs, invasion of gangs” is pouring into the U.S. across the U.S.-Mexico border — and that a border wall is needed to keep those drugs out. One of Trump’s main arguments for a having a southern border wall is that securing legal ports of entry is not enough; that claim was reiterated today. And Trump insisted that most illegal drugs coming into the U.S. via its southern border aren’t doing so through legal ports of entry.

But according to law enforcement, most illegal drugs that enter the U.S. via its southern border do, in fact, come in through legal ports of entry such as the border crossing at San Ysidro, California.

According to the DEA’s 2018 Drug Threat Assessment, a “small percentage of heroin seized” by U.S. Border Patrol agents “along the land border was between ports of entry.” Most heroin coming into the U.S. from Mexico does so “at legal ports of entry,” the report said. And according to Gil Kerlikowske, who headed the Office of National Drug Control Policy under President Barack Obama, Mexican drug cartels prefer smuggling drugs via legal ports of entry because they believe they are less likely to get caught that way. In January, Kerlikowske (now a criminology professor at Northeastern University) told USA Today that “the potential of smuggling the drugs in through a port of entry is far greater.”