Trump is particularly weak in every key swing state for 2020 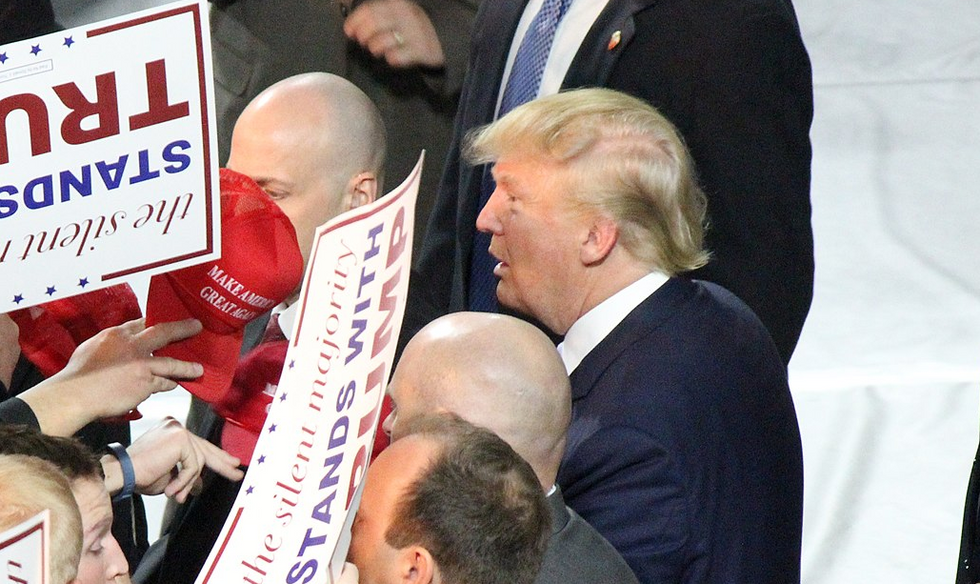 No one knows what the national political battleground will look like on the eve of Election Day in November 2020, so any confident prognostications about the campaign's likely outcome should be treated with healthy skepticism. But state-by-state polling currently shows that President Donald Trump's approval rating is particularly weak in all of the key areas he needs to win if he wants to secure re-election.

Gallup recently published a post detailing Trump's approval at the state level. And for every swing state — and even in several traditionally red states — his approval rating is below 50 percent.

Consider, for instance, the three states Trump won in 2016 that guaranteed his electoral college victory, even as he lost the popular vote:

His current net approval is underwater by more than 10 points in each — and that's while most economic indicators are relatively strong for the country as a whole.

Two other swing states that are important for Trump are also looking dicey. In Florida, 43 percent of people approve of him while 51 percent disapprove. In North Carolina, his approval rate is at 45 percent approve while his disapproval is at 50 percent.

The swing state that currently looks the best for Trump is Ohio. It has been trending more Republican over recent years, though President Barack Obama won it in 2012 by about 3 points. Currently, the state is evenly split on Trump's approval, 48 percent to 48 percent, according to Gallup.

Of course, these numbers aren't set in stone. They're subject to margins of error, and they're bound to change as we continue through Trump's first term. In 2016, some state-by-state polling proved significantly flawed, leading to underestimates of Trump's electoral strength in key areas. And approval isn't a perfect proxy for whether people will vote for Trump in 2020. Some people who disapprove of him may ultimately vote for him if they think he's a better alternative to his eventual opponent; some people who approve of him may vote for his opponent, thinking he or she could do an even better job. And some people, of course, will vote for third party candidates, meaning Trump could win (as he did in 2016) with significantly less than 50 percent of the vote in key states.

But these numbers are serious signs of danger for the president, particularly as other perils loom. We still don't know what the outcomes will be of all the investigations into the president and those around him — including, but not limited to, Special Counsel Robert Mueller's Russia investigation. And with his approval rating this shaky amidst a strong economy, it is poised to nosedive if even a minor recession hits.

Democrats still shouldn't be overconfident about their 2020 prospects. An unexpected win in a policy area could boost his approval rating significantly. A vulnerable Democratic presidential nominee could still tank their chances, and there's nothing Trump loves to do more than vilify an opponent. While he lacks many of the traditional political skills, he is particularly adept at smearing his enemies.

And yet, these numbers are exactly what Trump's opponents should hope to see as the campaign ramps up. He is currently a weak candidate for re-election, and the right politician should be able to exploit the gaping holes in his armor.