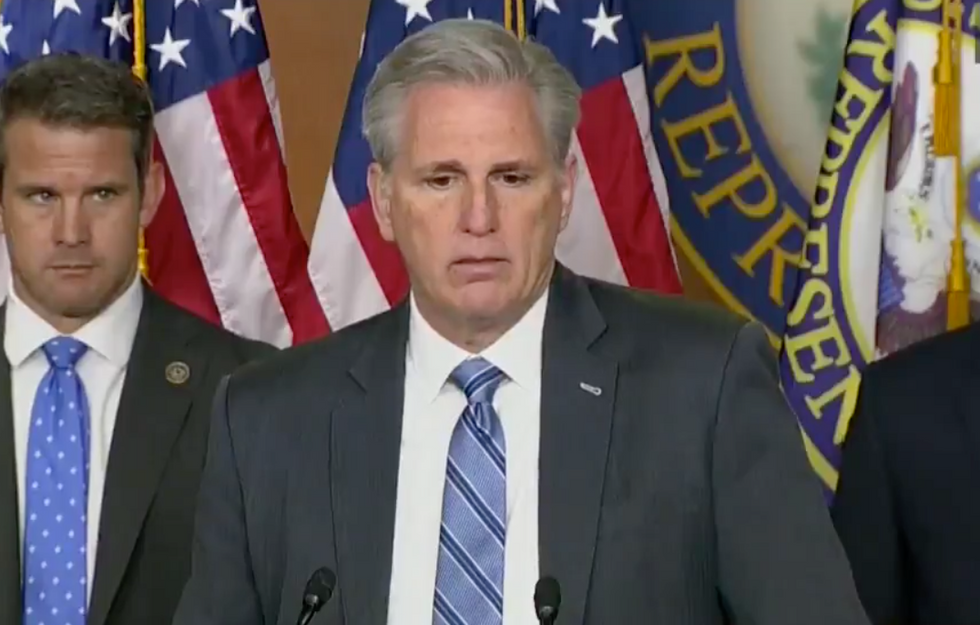 At a press conference on Tuesday, House Minority Leader Kevin McCarthy (R-CA) was confronted with a simple and straightforward question: Why are President Donald Trump and the Republican Party declaring a national emergency at the U.S.-Mexico border now, when just a few months ago, when the GOP still controlled Congress, there was apparently no emergency to declare?

Faced with this question, McCarthy paused briefly and looked down at the ground, clearly caught off guard. He then began his desperate answer with a pseudo-profound truism: "Well, times change as it moves forward," he said.

He continued: "When you get the more report of the drugs coming across, you get the more reports of human trafficking and others. 60,000 people arrested each month. I think when you have the experts telling you the challenge... I think the president tried to do everything in his power to work with the House and the Senate. I think the president's belief was that we could always come to an agreement to solve this along what the experts have requested. I think at the end of the day the president has a responsibility to make sure it gets protected, and he made the decision."

Of course, this didn't really answer the question at all — and it reinforced the obvious fact for that, for Trump, the emergency has nothing to do with the conditions at the border. The "emergency" is that he can't get what he wants from Congress.

The truth is that the problems McCarthy cites at the border, human trafficking and drug smuggling, mostly occur at ports of entry, and thus would not be stopped by the wall Trump wants to build with funds seized via the emergency declaration. And while unauthorized border crossings were up somewhat after 2017, they are still well below recent peaks — and this explanation still doesn't show why the GOP didn't declare a national emergency last year. There's no new data showing that the situation at the border is spiraling out of control — there's just a desperate president scrambling to fulfill a ridiculous promise.

REPORTER: Mr Minority Leader, why wasn't the southern border a crisis a couple months ago when Republicans were in… https://t.co/JJ3oDvOJP0
— Aaron Rupar (@Aaron Rupar) 1551205535.0