Thousands of migrant children have been sexually abused while in US custody: report 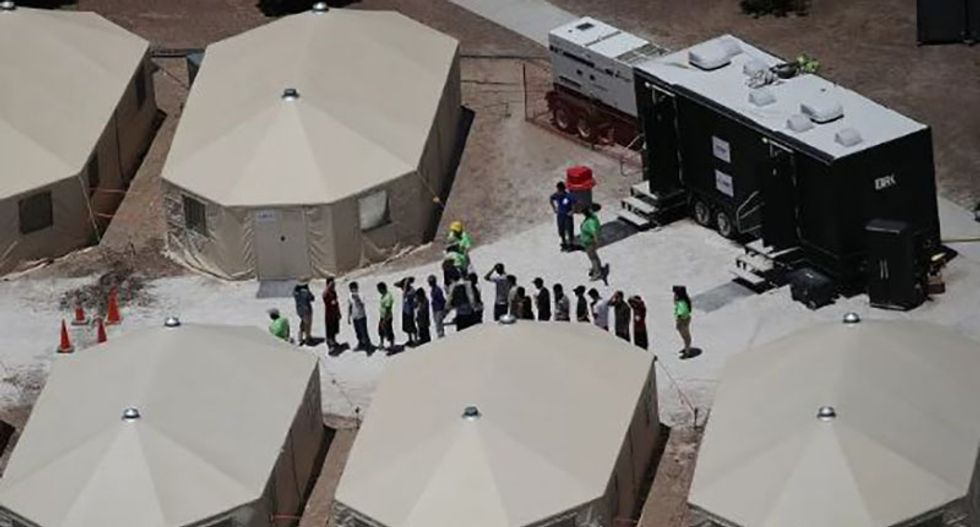 A House hearing on the Trump administration's family separation policy on Tuesday revealed that thousands of children in U.S. custody over the past five years have been subjected to sexual abuse in migrant detention centers.

Immigrant rights advocates decried the revelations. Among them was Rep. Ilhan Omar (D-Minn.) who wrote on social media that the report details "taxpayer-funded abuses of migrant refugee children."

These are the abuses we continue to expose, daily, about The Deportation Force & why Congress should CUT their fund… https://t.co/NOL7JYEyWP
— United We Dream (@United We Dream) 1551213226.0

Of the complaints that were received by the DOJ—during both the Trump administration, whose immigration policies have provoked international outrage and numerous accusations of human rights abuses, but also the Obama administration—178 involved an adult staff member abusing a minor. More than 800 involved other unaccompanied minors perpetrating the abuse.

Complaints regarding HHS employees and federal contractors who were hired to run detention centers involved molestation, statutory rape, and adults who showed pornographic material to children in their care.

Jonathan White, who manages the care of unaccompanied minors by the Office of Refugee Resettlement (ORR) at HHS, appeared taken aback when Rep. Matt Gaetz (R-Fla.) suggested that even "if every allegation against a U.S. official is true," young migrants are more likely to be abused while traveling to the U.S. than after they are placed in detention by the government.

"That's not the point," White said. "We don't set ourselves the standard of just doing better than smugglers and traffickers."

The reports of sexual abuse are only the latest evidence of serious abuse inside the walls of the nation's immigrant detention centers. Last year, a lawsuit alleged that children at Shiloh Treatment Center in Manvel, Texas had been given powerful psychotropic drugs and forced injections without the consent of their parents. State investigators in Virginia also found that minors had been beaten, handcuffed, and placed in solitary confinement at Shenendoah Valley Juvenile Center.

"Migrant youth are being sexually abused by the Deportation Force," tweeted Cristina Jimenez, co-founder of United We Dream. "This is not normal! Why would any member of Congress or person of conscience support increasing funds and enabling this agency?"