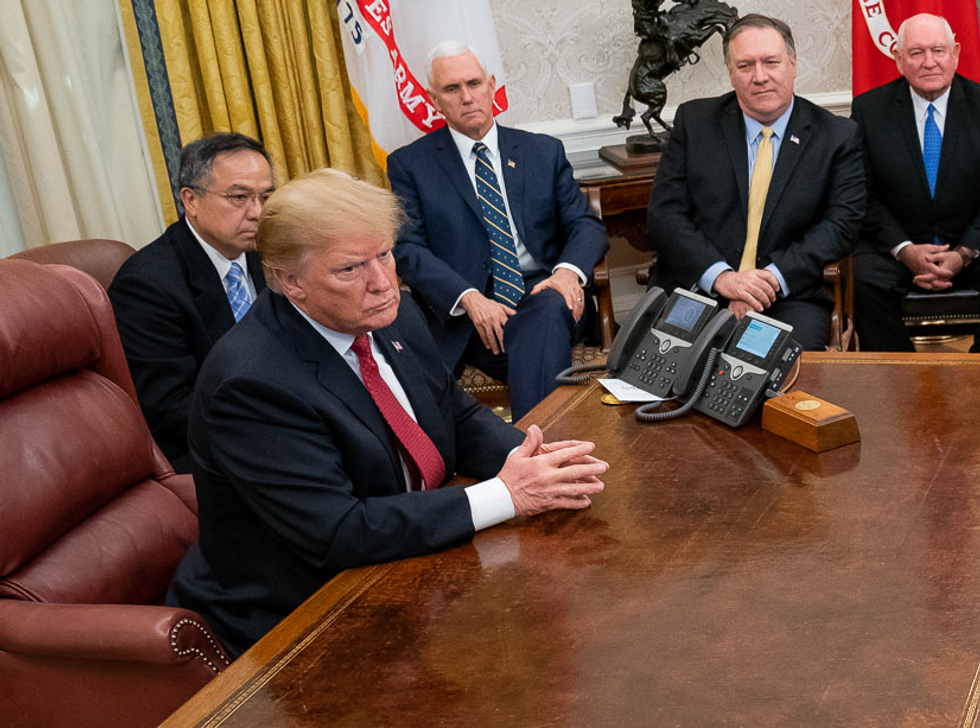 As President Donald Trump rolls out his national emergency declaration to divert military funding for his border wall, he is desperately whipping his allies in the Senate to toe the party line and, when House Democrats' resolution to cancel the emergency comes before the chamber, swat it down.

But he already appears to have lost at least one vulnerable Republican senator up for reelection in 2020: Sen. Thom Tillis (R-NC).

On Monday, Tillis explained why he opposes the emergency in a Washington Post op-ed. Trump, he writes, has the right idea on border security — but this approach is dangerous.

"From the perspective of the chief executive, I can understand why the president would assert his powers with the emergency declaration to implement his policy agenda," writes Tillis. "In fact, if I were the leader of the Constitution's Article II branch, I would probably declare an emergency and use all the tools at my disposal as well. But I am not. I am a member of the Senate, and I have grave concerns when our institution looks the other way at the expense of weakening Congress’s power. It is my responsibility to be a steward of the Article I branch, to preserve the separation of powers and to curb the kind of executive overreach that Congress has allowed to fester for the better part of the past century."

Tillis notes that Republicans were outraged when President Barack Obama unveiled Deferred Action for Parents of Americans (DAPA), the counterpart to the Deferred Action for Childhood Arrivals (DACA) work program for young immigrants, after the Republican-controlled House blocked legislative action on immigration reform. "Some prominent Republicans went so far as to proclaim that Obama was acting more like an 'emperor' or 'king' than a president," Tillis says. "There is no intellectual honesty in now turning around and arguing that there’s an imaginary asterisk attached to executive overreach — that it's acceptable for my party but not thy party."

The fear of these eventual possibilities, Tillis concludes, outweighs his short-term desire to gratify Trump or his ideological support for what the president is doing.

"As a U.S. senator, I cannot justify providing the executive with more ways to bypass Congress. As a conservative, I cannot endorse a precedent that I know future left-wing presidents will exploit to advance radical policies that will erode economic and individual freedoms," says Tillis. "These are the reasons I would vote in favor of the resolution disapproving of the president’s national-emergency declaration, if and when it comes before the Senate."

Tillis is considered one of the more endangered senators up for reelection in 2020. Trump carried the state by less than 4 points, and is underwater in approval there, while Tillis himself sports fairly tepid ratings.