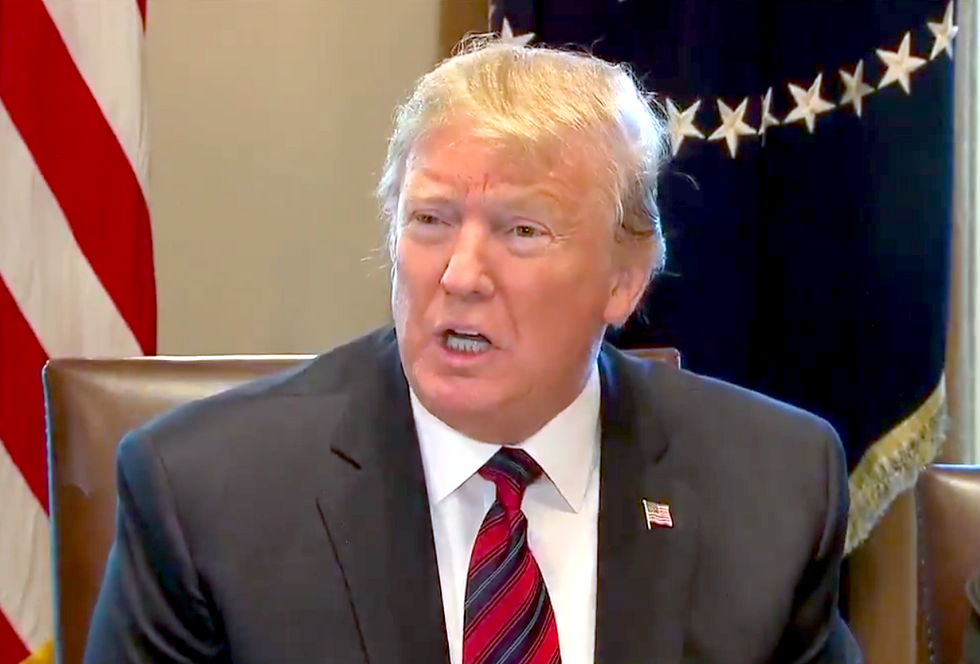 Sixteen states filed a lawsuit Monday to block President Donald Trump's attempt to use a national emergency declaration to secure funding for the border wall after Congress refused to give in to his demands for $5.7 billion.

"Its pretty clear the president is trying to usurp Congress's authority," said California Attorney General Xavier Becerra in filing the lawsuit. "The President does not have the power of the purse."

The lawsuit accuses Trump of "flagrant disregard of fundamental separation of powers" as laid out in the Constitution.

"There is also no objective basis for President Trump’s Emergency Declaration," it said. "By the President’s own admission, an emergency declaration is not necessary. The federal government’s own data prove there is no national emergency at the southern border that warrants construction of a wall."

When Trump announced the national emergency on Friday, he said he expected to get sued and for a court to block his efforts — but he expected to eventually be vindicated at the Supreme Court. As the lawsuit noted, he also said he didn't "need" to declare the emergency, he just wanted to get the wall built quickly.

The states joining the lawsuit include: