'There is something bizarre and perhaps sinister' about Trump's relationship with Russia: Former federal prosecutor Jeffrey Toobin 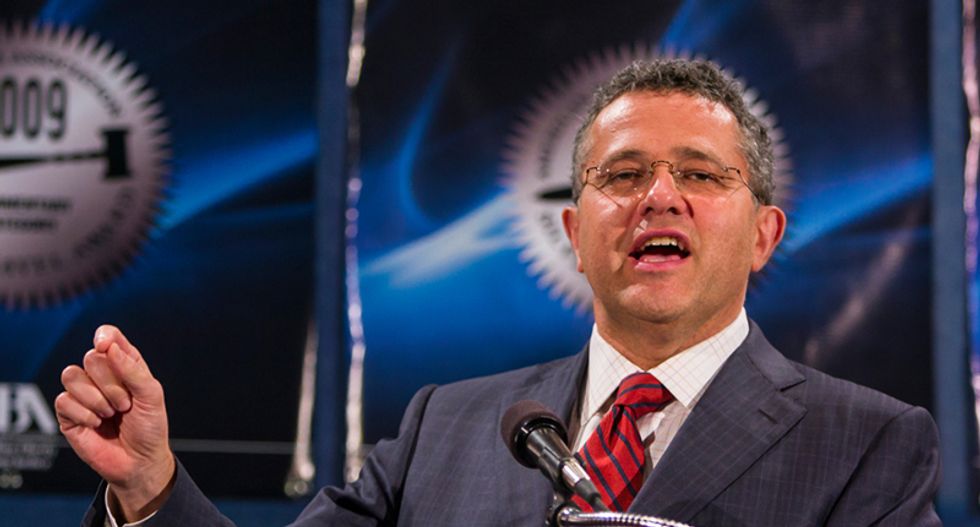 One of the most disturbing revelations from former FBI Deputy Director Andrew McCabe's interview with CBS News' Scott Pelley on 60 Minutes was when McCabe revealed that President Donald Trump flatly said, "I don't care. I believe Putin," when U.S. intelligence officials warned him that he was misjudging the risk posed by North Korea's missile program.

"Saying off the chart that, gee, I just don't believe it, I do believe Vladimir Putin, who is, by the way, a trained KGB agent in manipulation, meaning he'll manipulate any source of information he can to his advantage, that's what concerns me about that whole process of the president just not having that comfort level with the intelligence community," said Rogers. "And I don't know who is whispering in his ear that he shouldn't. I would hope that [Director of National Intelligence] Dan Coats and [CIA Director] Gina Haspel and others can recapture the faith and confidence because that's how you make a decision based on the information they are collecting and providing and analyzing for you."

"But isn't this yet another example of the president's weird deference to Vladimir Putin?" said Toobin. "This is not just any leader, this is Vladimir Putin who he was trying to do business with, who was helping him win the election. I mean, there is something bizarre and perhaps sinister about the president's relationship with Russia. This has been a theme. This is the core of the Mueller investigation. It is not just any foreign leader whose name, whose foreign advice he's taking, it's Vladimir Putin."

Even leaving aside the question of how involved Trump himself was in collusion with Russia, and in the crimes his subordinates have already been charged or pleaded guilty to in the matter, there is no question the president is relentlessly deferential to the leader of a hostile foreign power, as was put on display last year at the disastrous Helsinki summit.

The fact that he trusts Putin over his own intelligence services is yet another blow to the administration's credibility.