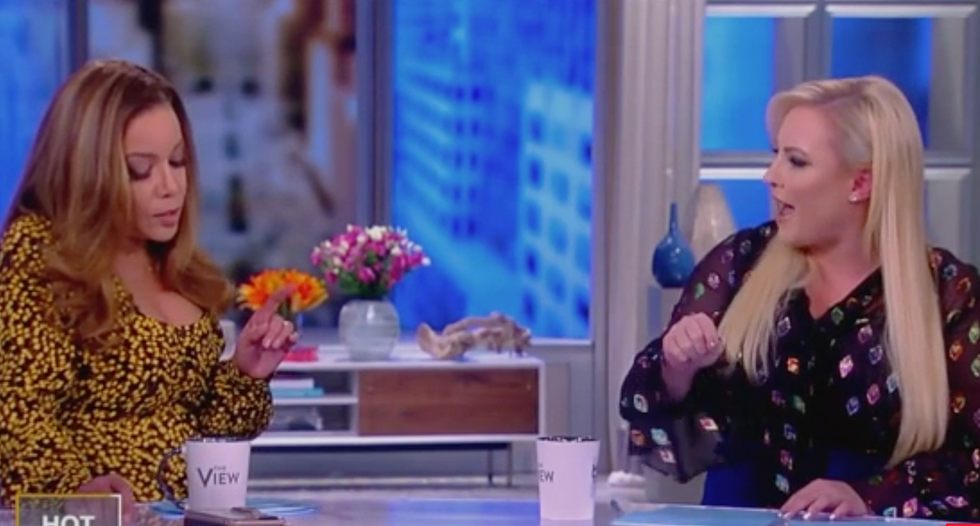 Moments after a segment in which Meghan McCain managed to steer a discussion of climate change into an off-the-rails screaming match about the rare instances in which babies survive abortion procedures, The View’s Sunny Hostin schooled her fellow host on the procedure, and why Democrats voted down a Republican bill purporting to deal with the so-called issue.

“In terms of the bill that the Senate Dems blocked yesterday, my understanding is that the reason that it was blocked is because the Dems felt there wasn’t a need for a new law,” she said, saying the Born Alive Infants Protection Act already existed.

“Under the bill that was proposed, it required that all babies born alive be immediately transferred to a hospital, and that is not always safe for a newborn,” Hostin continued. She added that Democrats also voted no because “passing the bill would impose legal and criminal penalties on doctors who don’t comply with moving the infant, even if it is not in the best interests of the infant.”

Hostin added that it was “extremely rare that this sort of failed abortion happens” and that doctors were required to provide medical care to the infant. This got McCain yelling all over again.

“If the Democratic Party wants to be the party of infanticide, it’s their choice,” McCain, who has no children of her own, shouted.

“We got it, we got it,” Behar shouted back. “Now we’re talking about the Kardashians.”