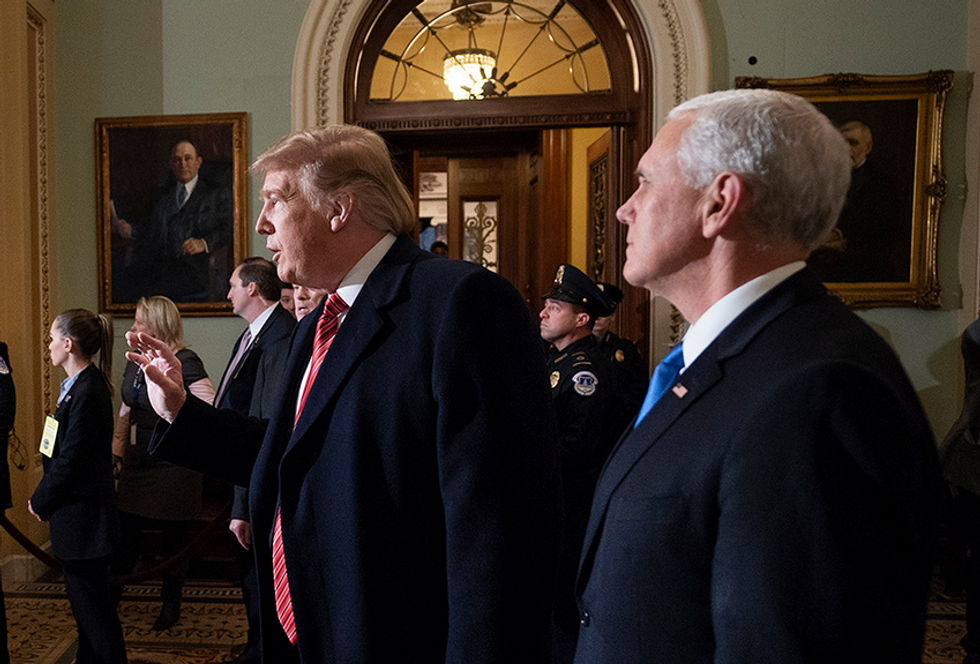 David French, while not a fan of President Donald Trump, has not been among the conservatives and ex-Republicans who completely turned their backs on the GOP in the face of a reality show White House. He will often lash out at liberals when he thinks they take criticism of Trump and the administration too far, and he has been a vocal advocate of continuing to support the party, regardless of qualms voters may have with the president.

But on Friday, in the face of Trump's blatant power grab in the form of a national security declaration designed to secure funding for a border wall, French was outraged at the White House's breach of executive authority.

The text of Trump's declaration is a "contemptuous document," he said in a new essay for National Review. "It’s the proclamation of a monarch, not an argument by a president. And it should fail in court."

He argued that while Trump actually has the authority to declare an emergency, regardless of whether it's a reasonable assessment or not, the declaration itself doesn't give him carte blanche to do whatever he wants. To try to find funds for the wall, Trump has to rely on other statutes — but those statutes are well-designed and prevent the president's attempted abuse of power, French argued.

But while Trump tries to claim that there are problems at the border requiring the military, all the problems he cites — drug trafficking, gang activity, insufficient space to detain immigrants — are civilian problems. They don't require military solutions.

A border wall, by contrast, is a civilian structure to be manned by civilian authorities to perform a civilian mission. The troops would not be creating a military fortification for military use. Not only is it not “military construction,” it’s also not “necessary” in order to support the use of the armed forces — unless one wants to make the fantastical argument that the wall somehow “protects” the troops who are building the wall. They are not defending the border from actual invasion as defined by the law of armed conflict or relevant American law. They are assisting in a law-enforcement mission that is mainly designed to prevent the commission of federal misdemeanors, not to stop an army that intends to take and hold American territory.

French has previously written that he supports building more barriers on the border. He just thinks it needs to be done in a legal way. He shows that, at least among the commentariat, Trump's drastic measures to fulfill a widely derided campaign promise risk fracturing his support.