The 2020 race so far: Why one columnist thinks Kamala Harris is winning — and Kirsten Gillibrand is not 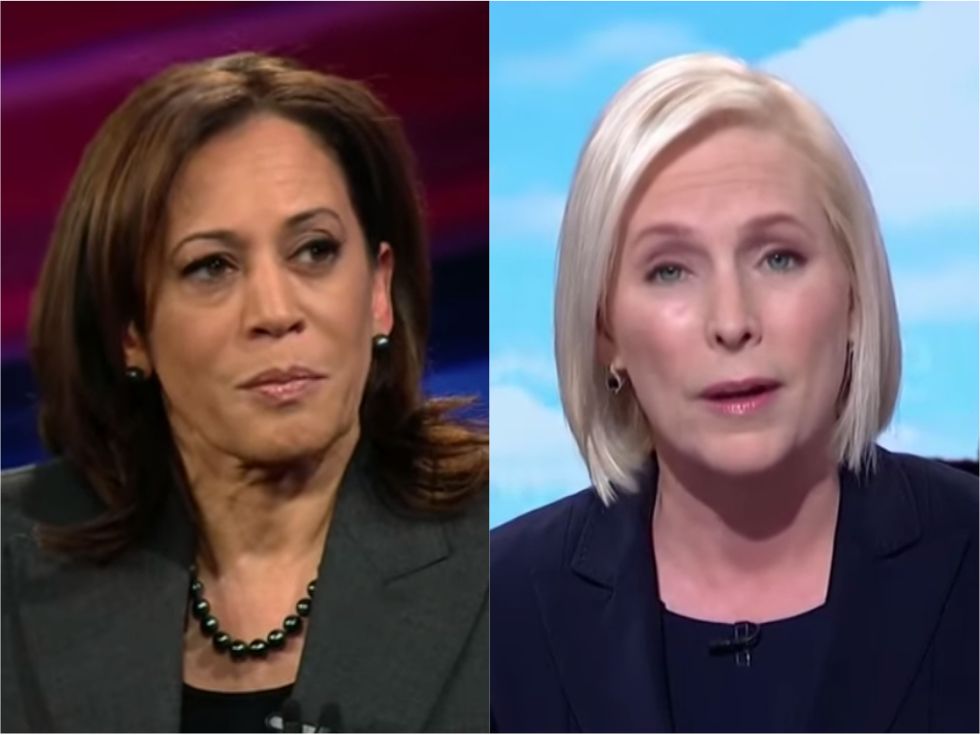 A great deal could happen politically between now and November 2020, when President Donald Trump will either win a second term (assuming nothing really devastating comes out of Special Counsel Robert Mueller’s Russia investigation) or be voted out of office. It remains to be seen who will or won’t enter the field of Democratic contenders, but in his latest Politico piece, Bill Scher explains why he believes that Sen. Kamala Harris’ presidential rollout has gotten off to a strong start—and why Sen. Kirsten Gillibrand’s hasn’t.

“Harris didn’t have just a great rollout day, but a great rollout week,” Scher asserts, noting that on January 27, the California senator drew “an estimated 20,000 in her hometown of Oakland, California, for her first major address of the campaign.” And the following day, Scher writes, Harris “gave a polished performance at a CNN televised town hall, goosing the network’s ratings in that time slot by 75%.”

Scher observes that Harris has already received endorsements from three Californians serving in the U.S. House of Representatives: Ted Lieu, Nanette Barragán and Katie Hill. So far, Scher stresses, Harris has “signaled to perennially panicky Democratic voters that she won’t wilt in the daylight.”

However, Scher adds that Harris “may have made a misstep” when discussing health care with CNN’s Jake Tapper. Noting that Harris told Tapper she supports “Medicare for all,” Scher says the senator could run into problems with voters who are opposed to eliminating all private health insurance.

“The worst-case scenario for Harris would be if the single-payer kerfuffle becomes emblematic of the argument that the idea of President Kamala Harris, which fueled her gangbusters introduction, is more exciting than the reality,” Scher writes.

Scher isn’t nearly as kind to Gillibrand, who he believes performed poorly during a recent appearance on MSNBC’s “The Rachel Maddow Show.” The U.S. senator from New York State, Scher complains, “didn’t even try to square the fact that she won upstate by running to the right, in contradiction to her current positioning on the left.”

Scher asserts, “Gillibrand ended her rollout phase without establishing a distinguishing persona or a signature policy….Perhaps she will make a splashy announcement that can define her candidacy, after her exploratory commitment phase ends and her formal campaign begins. But she needs to retool, and fast.”

Scher describes Sen. Elizabeth Warren of Massachusetts as the Comeback Kid, noting that she “had the worst 2018 of all the 2020 aspirants” and that Trump’s “Pocahontas” name-calling “punctured her support in polls.” But Warren, Scher writes, has “regained her footing” since then.

Scher observes that Warren’s “announcement video has racked up more than 850,000 views on Facebook and YouTube, showing that, at minimum, plenty of people are interested in what she has to say. Warren has honed her economic populist pitch for years, going back to 2004 when she was helping middle-class fans of the ‘Dr. Phil’ show avoid crippling debt. So she was able to begin her presidential quest with a clear sense of why she is running.”

Scher concludes his piece by briefly discussing Hawaii Rep. Tulsi Gabbard, whose campaign he dismisses as a lost cause. When one has to explain to Democratic voters why she “once broadly opposed gay rights” and supported anti-gay “conversion therapy,” Scher asserts, “maybe you should be rethinking your life choices.”