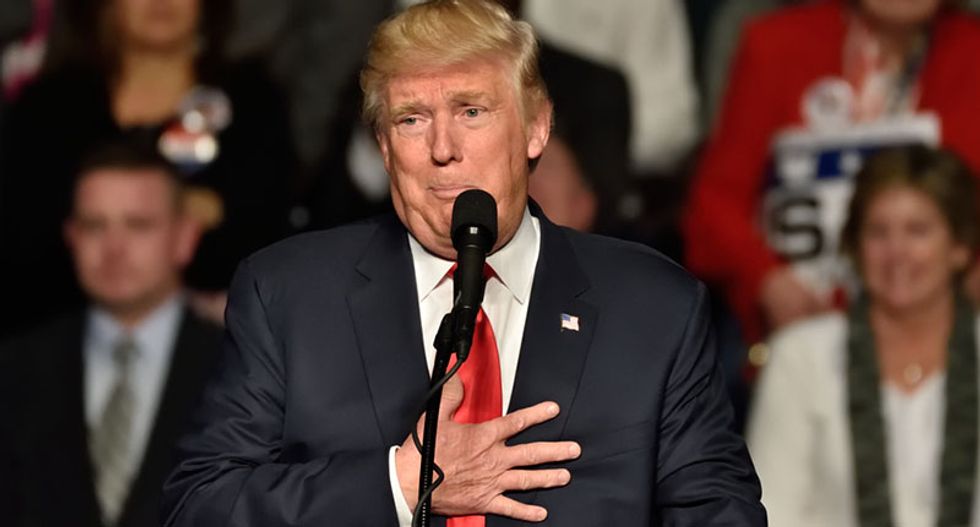 At least five states are preparing a legal challenge to President Donald Trump's national emergency declaration, which he made on Friday to secure funding for a border wall after congressional Democrats refused to approve $5.7 billion in funds for the project.

California Attorney General Xavier Becerra appeared on ABC's "This Week" on Sunday to say a lawsuit he's preparing with officials in Minnesota, Hawaii, New Mexico, and Oregon will be filed "definitely and imminently."

"We knew something like this might happen, and with our sister state partners we are ready to go," Becerra told Martha Raddatz.

Becerra said Trump's own admission that he "didn't need to" declare the emergency left him vulnerable to legal action like the one he as well as the ACLU, Citizens for Responsibility and Ethics in Washington, and other government watchdogs are taking.

"He himself said it," Becerra said. "He did not need to announce or declare a crisis. He did not have to call this an emergency. He has also said he knows he's going to lose in court and he's hoping that he can count on a conservative court in the Supreme Court to give him a victory because he knows he's going to lose all the way up the ladder of the courts, the federal court system."

California Attorney General Xavier Becerra: "It's become clear that this is not an emergency, not only because no o… https://t.co/lV7KO7Dm1M
— Kyle Griffin (@Kyle Griffin)1550416221.0

Becerra added that although Trump has focused largely in recent days on building the portion of the border wall that would separate Texas from Mexico and not the part that would lie in California, his state stands to lose vital funding for disaster relief services should Trump succeed in raiding government funds for up to $6.6 billion in funding for the wall.