Stacey Abrams counters Trump with a compelling vision for America 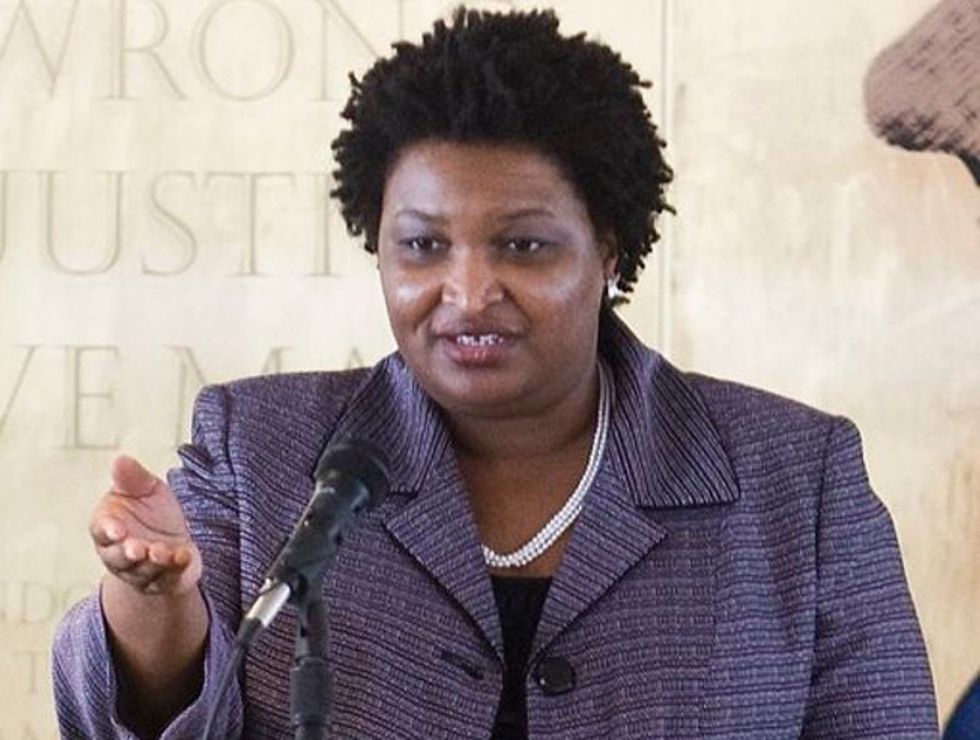 What did we expect from the 2019 Trump State of the Union? This annual ritual of a president coming into The People’s House to deliver a national health check-up has become political theater. Presidents use the stage to make a case for their policies in the year to come. The script for many years has been a list of carefully market-tested proposals.

Tuesday night’s address was different. For one, this was Donald Trump, making what is probably his last best effort to save his border wall from legislative doom. He wasn’t going to pivot to centrism the way any other president might in order to set up a re-election run. He also wasn’t likely to stick to a script, even as he visibly struggled to read his speech from a teleprompter. This was an angry Trump, his sense of victimization unchanged despite two years in office.

The other difference was Stacey Abrams, the former Georgia legislator who nearly became the first Black woman governor in the nation’s history. Abrams, rather than a sitting member of Congress, was chosen to deliver the official Democratic response to Trump’s address.

This is significant in many ways, not least because the Democratic Party chose to elevate a fiery orator, a woman of color with legitimate reasons to be angry after what many believe was a stolen election, over a more moderate choice already setting up a presidential campaign.

On display were two opposing visions for America and, when it comes right down to it, the brands of the two parties.

Trump essentially revisited his “American carnage” inaugural address, with his usual laundry list of bugaboos: the caravans, the smugglers, MS-13 gang members, China. That was coupled with the applause lines for his base (“America will never be a socialist country”), the suspect and sometimes outright false figures (contrary to his assertion, our economy has grown faster than it is now many times in the past), and the parade of military heroes, cops, and family members of those killed by immigrants. And, of course, the wall.

Afterward, there was Abrams, embodying a version of a “Make America Better” platform. She started with her life story growing up in a working-class family. She used language that was not about power and violence, but about compassion, service, and justice. She attacked Trump’s policies (“This administration chooses to cage children and tear families apart.”) and delivered alternatives (“America is made stronger by the presence of immigrants, not walls.”)

The differences between the two visions couldn’t have been starker.

In a presidential election, brand matters. Ronald Reagan’s sunny optimism won out over Jimmy Carter’s dispirited realism. Barack Obama’s “Hope and Change” proved a stronger engine than John McCain’s “Straight Talk Express.” And Trump’s “Make America Great Again,” despite its brashness, couldn’t be countered with Hillary Clinton’s exhaustive list of sturdy policy proposals. The mainstream punditocracy won’t again make the mistake that MAGA is empty of meaning as so many did in 2016. The red hat is not a value-neutral symbol. It’s come to stand for everything that is Trumpism, from racism to protectionism to anti-intellectualism.

Whether Stacey Abrams joins the ballooning Democratic field of presidential candidates is less relevant than this: Can a Democratic candidate create a compelling vision of what America might be? Medicare for all, taxes on the wealthy, a Green New Deal are all sensible and popular proposals. The question is what kind of a package they’ll be presented in.

We’ve already seen how Congress’ new freshman class is making its mark: More women and people of color than ever. Some of the newest members, including Reps. Alexandria Ocasio-Cortez of New York and Ilhan Omar of Minnesota, are making waves primarily by talking about radical policies that just a decade ago were outside the bounds of mainstream debate. The ground has shifted, and the Democratic Party looks as if it’s going with it.

That’s what’s going to be necessary to defeat Trumpism in 2020, what the late George H.W. Bush referred to as the “vision thing.” And what we’re seeing, and this includes the collision of visions on Tuesday night, is a turning point.

Emerging from the new class of Democrats is a repudiation not only of Trumpism but also the neoliberal economic system that was on display at the World Economic Forum in Davos a couple weeks ago. There’s also  growing recognition that we don’t want to go back to the way it was before—that way led us to where we are now. The old regime is being defenestrated, and most Americans are perfectly fine with that.

Did Trump offer policy proposals? Sure. He proposed preventing people with pre-existing conditions from being denied coverage, as if he’d never heard of the Affordable Care Act. He promised to get even tougher on China, even as his policies have led us into an escalating trade war. There was even a kernel of truth to some of his remarks. Great nations indeed do not fight endless wars. But great nations also try to make the world a better and safer place.

The key contest in the struggle for control of the government is one of values. It supersedes any specific policy while at the same time informing all of them. Having a vision, a clear alternative to the prevailing nihilism, is something almost everyone can get behind. Abrams showed how to do that.