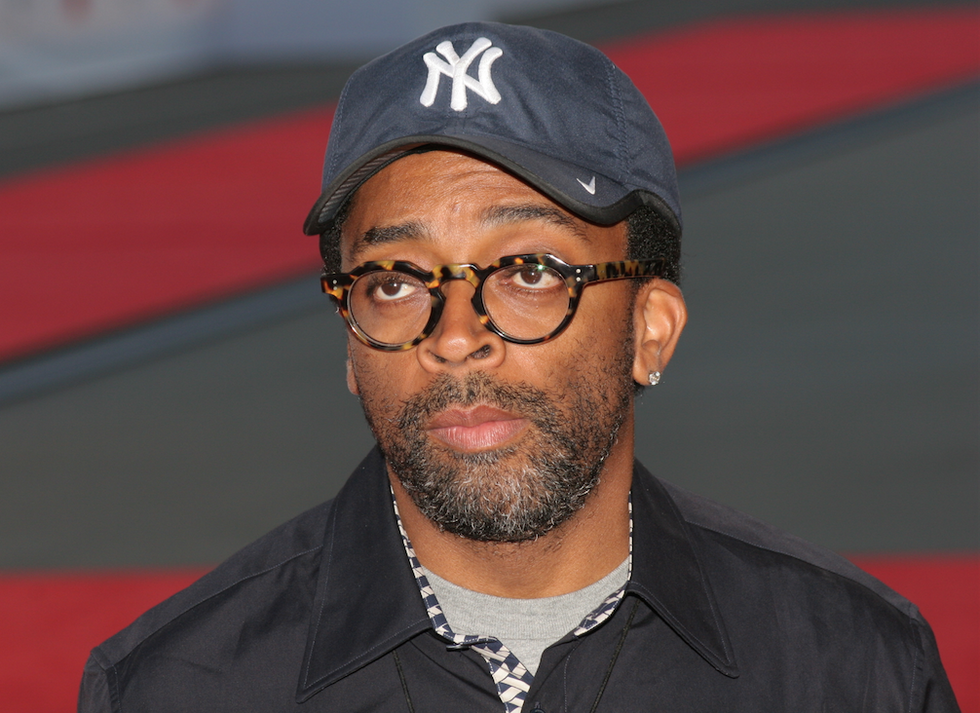 When director Spike Lee spoke at the Oscars on Sunday night, February 24, he never mentioned President Donald Trump by name. But the director did discuss the 2020 presidential election, urging Americans to “be on the right side of history” and “make the moral choice between love versus hate.” And Trump responded on Twitter, posting, “Be nice if Spike Lee could read his notes, or better yet not have to use notes at all, when doing his racist hit on your President, who has done more for African Americans (Criminal Justice Reform, Lowest Unemployment numbers in History, Tax Cuts, etc.) than almost any other Pres!”

Lee, however, is by no means the only prominent black figure Trump has had a feud with. Although hip-hop star Kanye West has been an outspoken Trump supporter, many other well-known African-Americans have been strong critics of the president—from journalists to athletes to politicians.

Here are some prominent African-Americans Trump has been feuding with.

CNN’s Don Lemon has been a persistent critic of Trump, who has often responded by lambasting Lemon on Twitter. On August 3, 2018, Trump attacked Lemon and basketball star LeBron James in the same tweet—showing that as much as he dislikes James, he dislikes Lemon even more. Trump wrote, “Lebron James was just interviewed by the dumbest man on television, Don Lemon. He made Lebron look smart, which isn’t easy to do.”

Saying that Trump dislikes Lemon even more than he dislikes James is saying a lot because there is clearly no love lost between Trump and the NBA (National Basketball Association) star. James has accused Trump of using sports to stir racial divisions in the U.S.—which troubles him because it was through sports, James told Lemon, that he first developed friendships with whites. Complaining that Trump is “dividing us,” James recalled, “I know that sport was the first time I ever was around someone white, and I got an opportunity to see them and learn about them—and they got an opportunity to learn about me, and we became very good friends.”

Of all the feuds Trump has had with African-American politicians, the most bitter is arguably his feud with Rep. Maxine Waters. Trump has accused her of promoting violence against Republicans, which the California congresswoman has vehemently denied.

On June 25, 2018, Trump tweeted, “Congresswoman Maxine Waters, an extraordinarily low IQ person, has become, together with Nancy Pelosi, the Face of the Democrat Party. She has just called for harm to supporters, of which there are many, of the Make America Great Again movement. Be careful what you wish for Max!” And Waters asserted, “Trump is the one who’s creating lies, trying to have people believe that I talked about harming people. There’s nowhere in my statement—anytime, anyplace—that we talked about harm.”

Football Colin Kaepernick is hardly the only African-American football star who has opted to “take a knee” as a way of protesting racial injustice, but he is among those Trump has singled out for criticism the most. “Taking a knee” refers to the practice of refusing to stand for the U.S. national anthem, and in 2018, Trump lambasted Nike for using Kaepernick in its “Just Do It” ad campaign—tweeting, “Just like the NFL, whose ratings have gone WAY DOWN, Nike is getting absolutely killed with anger and boycotts. I wonder if they had any idea that it would be this way? As far as the NFL is concerned, I just find it hard to watch, and always will, until they stand for the FLAG!”

Regardless, Kaepernick has refused to back down and has continued to praise other American football stars for taking a knee. On September 9, 2018, Kaepernick expressed his admiration of Miami Dolphins players Kenny Stills and Albert Wilson for taking a knee and tweeted, “My Brothers @kstills and @ithinkisee12 continue to show their unwavering strength by fighting for the oppressed! They have not backed down, even when attacked and intimidated. Their courage will move the world forward! Love is at the root of our resistance!”

My Brothers @kstills and @ithinkisee12 continue to show their unwavering strength by fighting for the oppressed! Th… https://t.co/xFjtB7fjv6
— Colin Kaepernick (@Colin Kaepernick) 1536517546.0

In 2018, Rep. Frederica Wilson infuriated many Trump supporters when she described the president as a “white supremacist.” But instead of backing down, the South Florida Democrat doubled down. The 76-year-old Wilson asserted, “LeBron James said it correctly when he said racism has always existed, but President Trump has emboldened the racists to come forward without any fear of punitive actions, and we have got to stop this—because I could be next. Mr. Trump is a white supremacist, he has surrounded himself with white supremacists, and everything that comes out of that White House is racist.”

Trump has insulted Wilson more than once on Twitter. On October 22, 2017, Trump tweeted, “Wacky Congresswoman Wilson is the gift that keeps on giving for the Republican Party, a disaster for Dems. You watch her in action & vote R!”

Wacky Congresswoman Wilson is the gift that keeps on giving for the Republican Party, a disaster for Dems. You watch her in action & vote R!
— Donald J. Trump (@Donald J. Trump) 1508673751.0

West’s admiration for Trump is not typical of the hip-hop community, where he has been criticized by everyone from Eminem to Cardi B. And Jay-Z is another hip-hop star Trump has been feuding with. In early 2018, Jay-Z was highly critical when Trump described Haiti and El Salvador as “shithole countries.” And on January 28, 2018, Trump tweeted, “Somebody please inform Jay-Z that because of my policies, Black Unemployment has just been reported to be at the LOWEST RATE EVER RECORDED!”

Somebody please inform Jay-Z that because of my policies, Black Unemployment has just been reported to be at the LOWEST RATE EVER RECORDED!
— Donald J. Trump (@Donald J. Trump) 1517145512.0