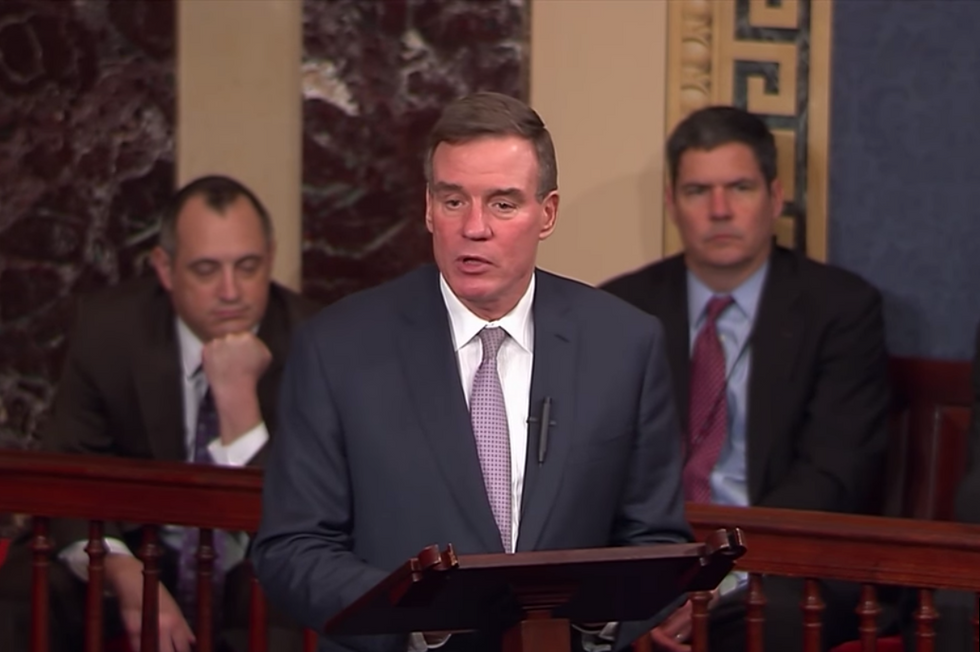 Sen. Mark Warner (D-VA) spoke briefly to the press Tuesday after hearing testimony from Michael Cohen in a closed-door session of the Senate Intelligence Committee, of which he is the ranking member.

Warner kept his remarks brief — he's may not be supposed to disclose much of what he learned in the closed session — but he offered a mysterious comment about his assessment of Special Counsel Robert Mueller's investigation.

"When this investigation started I said it may be the most important thing I'm involved in in my public life in the Senate," he said. "And nothing that I've heard today dissuades me from that view."

It was not exactly clear what it meant. While it suggests that he still believes the Russia investigation is extremely important, it does so in a roundabout way, without implying that Cohen provided any useful evidence in the probe that changes its trajectory. It's possible Warner phrased his claims this way because he doesn't want to make any affirmative remarks about the closed testimony. It could also be that, while Cohen made some interesting remarks during the testimony, he was still greatly restrained in what he could say — even privately — by an agreement with Mueller. Finally, it's possible that Cohen had practically nothing to add of significance to the already public evidence in the Russia case, and Warner was simply saying that this lack of new bombshells doesn't change his view of the investigation.

"Uh... one of the more cryptic things I've ever heard come out of the man's mouth, to be honest, but  I think it speaks to the gravity of what they have learned behind closed doors," Garrett Haake, a correspondent for MSNBC, said of the remarks.

Watch the clip of comments below: