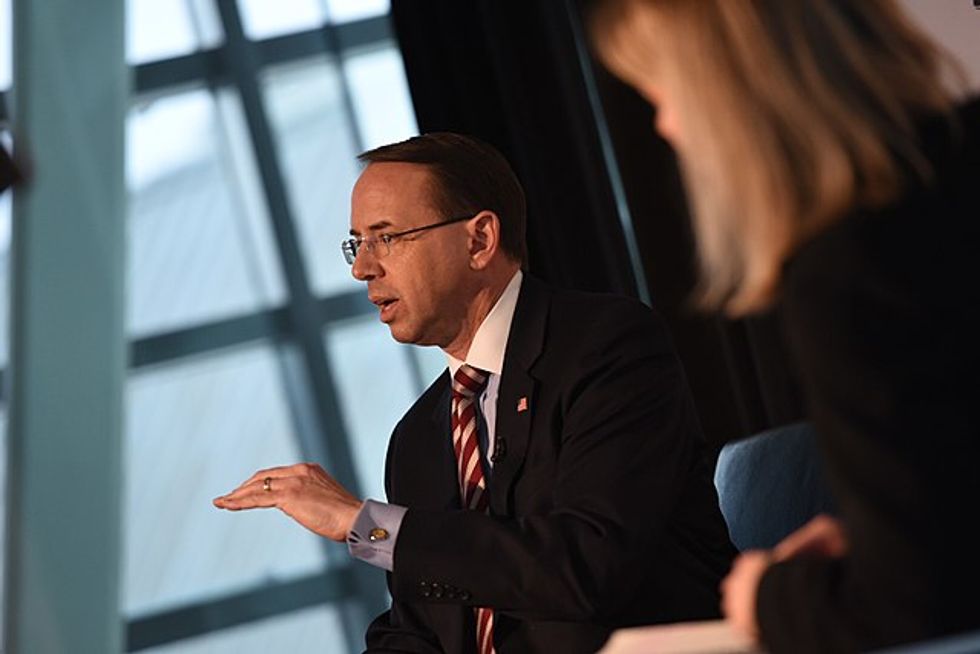 Rosenstein made his remarks in a private meeting at the justice department on 12 May 2017, according to McCabe's memoir, which also accuses Trump of operating like a criminal mob boss and of unleashing a "strain of insanity" in American public life.

"He said it wasn't his idea. The president had ordered him to write the memo justifying the firing," McCabe writes. Rosenstein said he was having trouble sleeping, McCabe writes. "There's no one here that I can trust," he is quoted as saying.

Rosenstein's memo stated that Comey was unfit to lead the FBI because of his handling of the investigation into Hillary Clinton's private email server, and his press conference criticizing her even while announcing no charges were appropriate. "The Director laid out his version of the facts for the news media as if it were a closing argument, but without a trial," stated the memo. "It is a textbook example of what federal prosecutors and agents are taught not to do." But that was always a suspicious as a rationale for Trump dismissing Comey, given that he repeatedly stated he wanted to jail Clinton over the email controversy.

Subsequent reports suggested Trump had demanded "loyalty" from Comey, and that he boasted to the Russian ambassador in the Oval Office that with "nut job" Comey gone, the pressure of the Russia investigation was "taken off." This is broadly suspected as Trump's real motivation for getting rid of Comey, and was the foundation of an inquiry by Rosenstein and McCabe, later taken over by special counsel Robert Mueller, into whether the president obstructed justice.

The Trump administration also initially denied that Rosenstein was ordered by the president to draft the memo, with former Press Secretary Sean Spicer saying Rosenstein wrote it of his own volition.

McCabe was fired by former Attorney General Jeff Sessions last March. His book, The Threat: How the FBI Protects America in the Age of Terror and Trump, will be released later this month. Rosenstein, who has also had a frosty relationship with the president, intends to step down after attorney general nominee William Barr is confirmed.