Prominent Trump backer: America's atrocities are 'equal or worse' to what Saudi Arabia did to Khashoggi 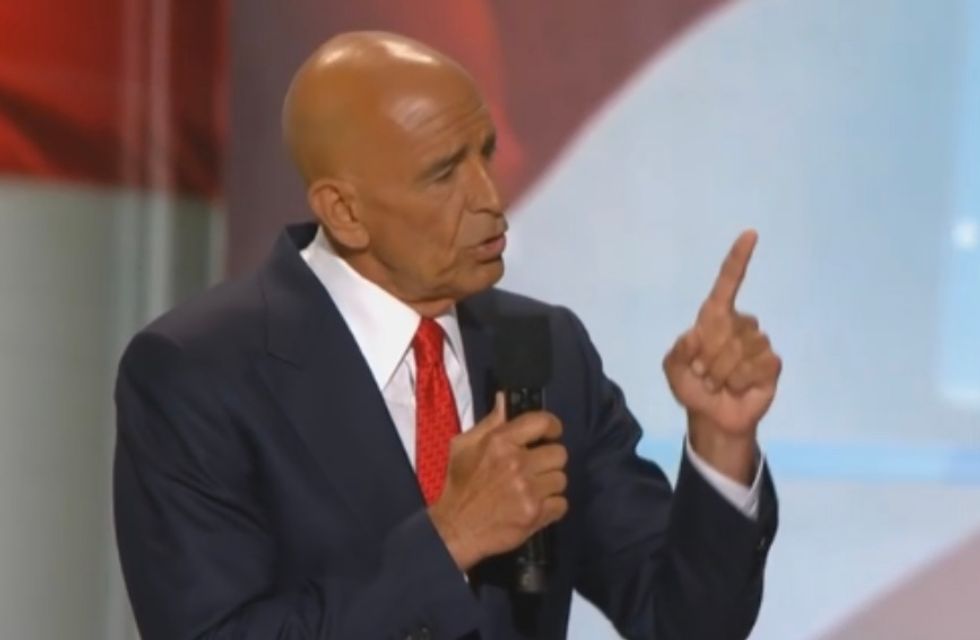 On Tuesday, United Arab Emirates newspaper Gulf News reported that Tom Barrack, an ally of President Donald Trump, defended Saudi Arabia and Crown Prince Mohammed bin Salman for the murder of Washington Post journalist Jamal Khashoggi during a panel in Abu Dhabi, by trying to change the subject to how bad the United States is.

"Whatever happened in Saudi Arabia, the atrocities in America are equal, or worse," said Barrack. "The atrocities in any ... country are dictated by the rule of law. So for us to dictate what we think is the moral code there, when we have a young man and regime that is trying to push themselves into 2030, I think is a mistake."

This sort of whataboutism is a favorite tactic of hostile regimes like those of Vladimir Putin in Russia: the logic being that all actions share a moral equivalency regardless of context, and any wrongdoing can be dismissed by pointing to the wrongdoing of others. The United States, being an imperialistic world power, has of course done unsavory things. But that should not inform how we react to the Saudi government murdering a journalist and dismembering him with a bone saw after he criticized the regime.

Moreover, we should question how seriously the prince — who allegedly ordered the killing — is committed to pushing his country into 2030 if he thinks there is room for state-sanctioned assassinations of reporters in 2030. Not to mention deliberately using child famine as a weapon of war in Yemen.

Barrack, a multimillionaire private equity real estate investor, was a former business partner and early backer of Trump who spoke in his favor at the 2016 Republican National Convention in Cleveland, Ohio.

Trump himself, who has long-standing real estate deals with the Saudi royal family, has been resistant to condemning the prince over Khashoggi's murder. Despite the fact that the CIA determined the prince was responsible, Trump has said he stands with him, claiming there is "nothing definitive" to prove his involvement and "we may never know" the whole story. Even Senate Republicans have passed a resolution defying Trump to rebuke Saudi Arabia over Khashoggi.