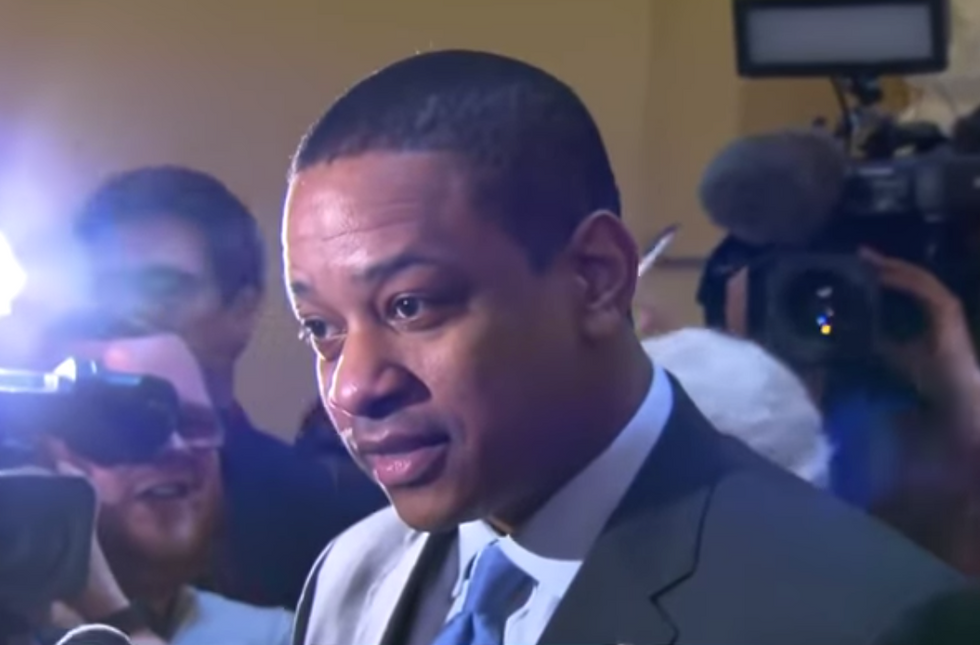 Dr. Vanessa Tyson is accusing Virginia Democratic Lt. Governor Justin Fairfax of sexual assault. Dr. Tyson had approached The Washington Post but the paper declined to publish her story after months of investigating. She has now come forward publicly, saying she has no political motive but feels her story is important now that Fairfax may become governor in light of Gov. Ralph Northam's blackface and KKK photo scandal.

Dr. Tyson is a fellow at Stanford University and associate professor at Scripps College, The Washington Post reports. She says she met Lt. Gov. Fairfax in 2004 at the Democratic National Convention in Boston, and in her statement, published separately by The Washington Post, describes in detail her allegations.

"What began as consensual kissing quickly turned into a sexual assault," she writes, in the statement released by her attorney. "Mr. Fairfax put his hand behind my neck and forcefully pushed my head towards his crotch. Only then did I realize that he had unbuckled his belt, unzipped his pants, and taken out his penis. He then forced his penis into my mouth. Utterly shocked and terrified, I tried to move my head away, but could not because his hand was holding down my neck and he was much stronger than me. As I cried and gagged, Mr. Fairfax forced me to perform oral sex on him."

"I cannot believe, given my obvious distress, that Mr. Fairfax thought this forced sexual act was consensual," Dr. Tyson adds. "To be very clear, I did not want to engage in oral sex with Mr. Fairfax and I never gave any form of consent. Quite the opposite. I consciously avoided Mr.Fairfax for the remainder of the Convention and I never spoke to him again."

Lt. Governor Fairfax has said their encounter was consensual. He issued a statement saying, "I would like to encourage the media, my supporters and others to treat both the woman who made the allegation and my family with respect for how painful this situation can be for everyone involved."

"I wish her no harm or humiliation, nor do I seek to denigrate her or diminish her voice. But I cannot agree with a description of events that I know is not true."