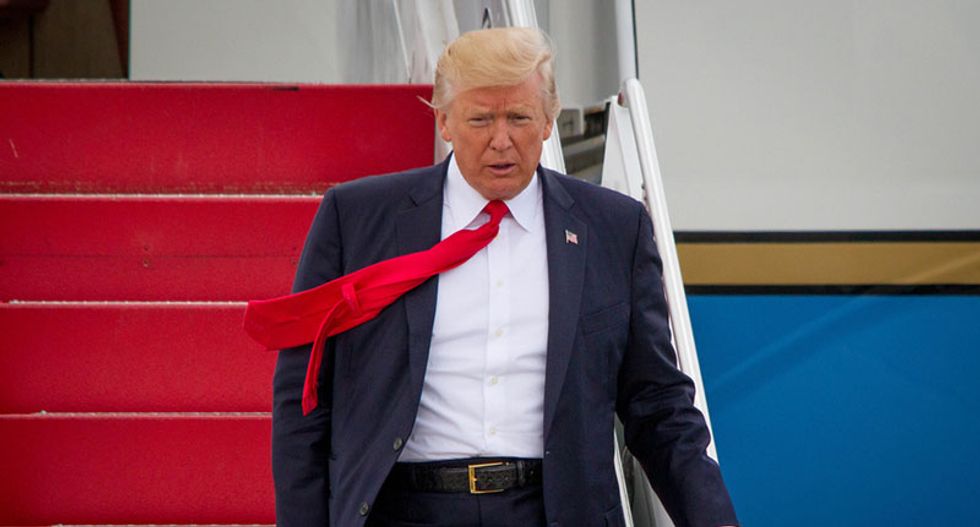 President Donald Trump had his routine physical exam this week, though the results have not yet been released.

In past physicals, Trump’s data was altered to make it appear as though his body mass index (BMI) didn’t fall into the obese category. According to CNN Dr. Sanjay Gupta, the president’s previous physicals reveal he has heart disease that makes him closer to having a heart attack within the next five years.

While past physicals have been given to the press quickly, after six days Trump’s has not been released. MSNBC’s Hallie Jackson explained, however, that some of President Barack Obama’s physical information wasn’t released directly following. Obama, however, was young and in excellent health.

In an MSNBC conversation Thursday, Obama’s former physician, Dr. David Scheiner, explained that most times doctors do a “hit and miss” exam but he hopes that Trump’s was an actual physical.

“I exam patients from the top of their head to the bottom of their feet,” he said. “You can do a complete exam in ten minutes and cover everything, you really can, but you zero in on certain things. For example: in a man who’s overweight, you would take particular interest to see if his liver is enlarged because with obesity comes fatty liver. Also, you want to see if the fat he has is distributed in the midsection because that adds to the cardiovascular risk.”

He noted that because Trump has high cholesterol he would be careful to check blood vessels to ensure “he doesn’t have any occlusive vascular disease.”

The other point he made was the importance of a neurological exam.

“Although I don’t do it ordinarily, he’s had some difficulties with word-finding,” the physician said. “I’m a little concerned about that.”

Reporter and author Bob Woodward noted in his book Fear that the president wears reading glasses. It’s unclear if he is searching for his words, or if he simply can’t see to read the teleprompter.

Watch in the video below: