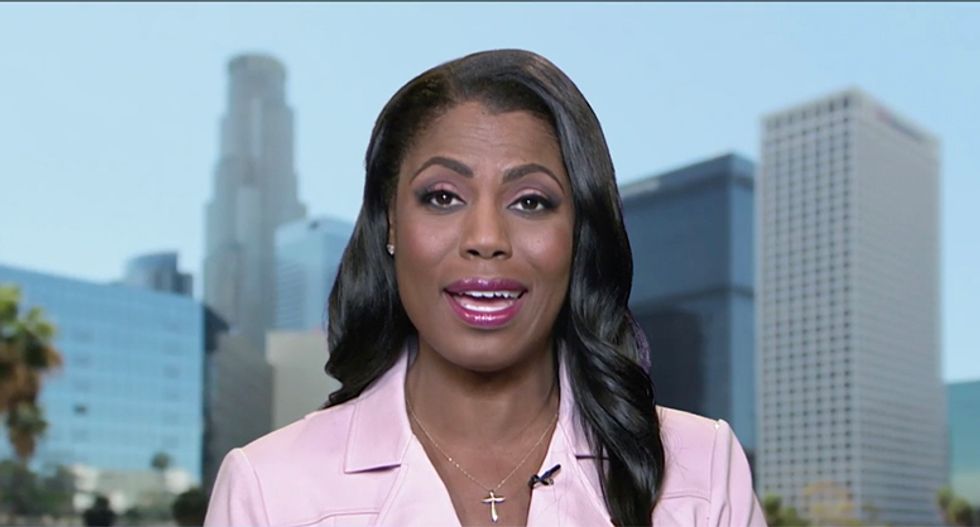 “THERE IS NO QUESTION THAT BIG RED LINE FOR DONALD TRUMP IS HIS CHILDREN, PARTICULARLY IVANKA,” SAID MANIGAULT NEWMAN TO HOST ALEX WITT. “AND ONCE MICHAEL COHEN STARTS SHARING DETAILS THAT MAY ACTUALLY IMPLICATE THEM, YOU WILL SEE HIM TRULY BECOME, WELL, UNHINGED.”

Cohen is expected to testify publicly this coming Wednesday before the House Oversight Committee, as well as in  private before the House Intelligence Committee on Thursday. Cohen is viewed as a key figure amongst Trump confidants, halving serves as the President's personal lawyer and "fixer" for many years.

The House Oversight Committee has said that the testimony will be limited, though Manigault Newman expects Cohen to go deeper, perhaps bringing up the president's children.

Manigault Newman, a former contestant on "The Apprentice," hosted by Donald Trump before he was president, was let go by the White House in December 2017.

"I THINK ON WEDNESDAY WHAT YOU'LL SEE IS A MAN WHO WANTS TO SHARE THE INNER-WORKINGS OF THE TRUMP CRIME FAMILY," SAID MANIGAULT NEWMAN. "I MEAN HE KNOWS EVERYTHING ABOUT THIS FAMILY AND HE’S GOING TO SHARE, AS THE DOCUMENTS REVEALED, INFORMATION ABOUT POSSIBLE INSURANCE FRAUD, TAX FRAUD, THE INNER WORKINGS OF THEIR DEAL WITH THE TRUMP MOSCOW.“I’LL BE INTERESTED TO SEE HOW MUCH HE SHARES ABOUT THE ROLE OF TRUMP’S CHILDREN IN A LOT OF THESE DEALS, INCLUDING SENIOR ADVISER IVANKA TRUMP, JARED, HER HUSBAND AND THE CHILDREN: DON AND ERIC TRUMP,” ADDED MANIGAULT NEWMAN.

Manigault Newman has since written a book about her experiences in the White House, perhaps not coincidentally titled Unhinged: An Insider’s Account of the Trump White House.
Report typos and corrections to: feedback@alternet.org.